Tärnaby is a locality situated in Storuman Municipality, Västerbotten County, Sweden with 482 inhabitants

Hemavan and Tärnaby are two towns in Västerbotten County in the province of Lapland that offer skiing at all levels. Hemavan and Tärnaby are only 18 kilometres apart and easiest is to take your own car or a taxi. Hemavan's skiing facilities include 10 lifts, 50 slopes, two snow parks and one ski cross arena. Hemavan also boasts the freestyle paradise Kobåset, which many consider the best freestyle facility in Sweden. Tärnaby has five lifts and 30 slopes, including Ingemarbacken, Ringbranten and Anjabacken, named after famous Swedish skiers. 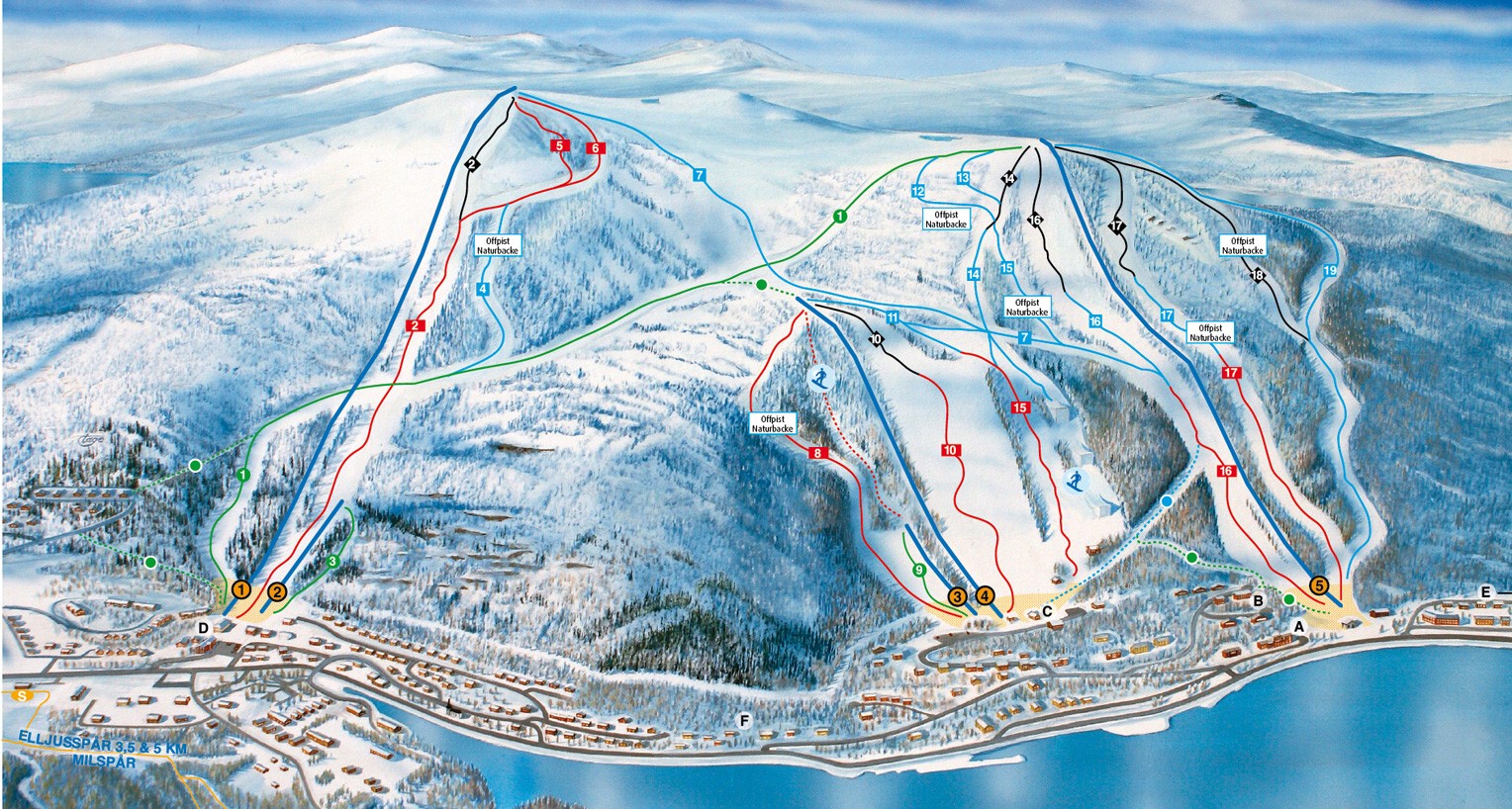