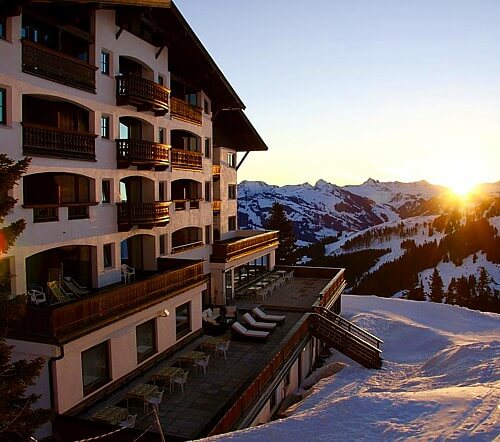 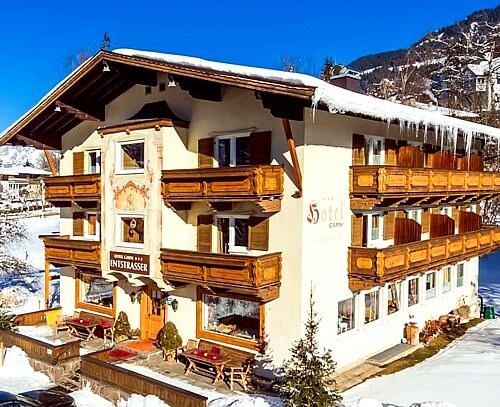 Fancied going here for years so bit the bullet Feb half-term. Normally only ever pick a holiday that's ski in-ski out which isn't really available in Kitzbuel but thought we'd give it a try. Even though we had a locker up at the main gondola (Hannenkaumbahn), so we could walk up, found it all a bit of a pain. The whole ski shop, lift and locker room was just a bit stressful especially with kids in tow. Although there was rarely any lift queue only at 9.30 with the ski schools. Once up on top the pistes and lifts open up a good sizeable area but 3 of the 6 days it was all shrouded in low cloud and visibility was non existent. It was the same in lots of other resorts that week so that's just the way the cookie crumbles. To be honest, the best skiing was over Jochberg where the crowds diminished and the pistes open up or similarly up on the Kitbuelhorn where the crowds were non existent. I found the whole place a bit too busy with average skiing and the worst run back to resort I've been on: a steep wall of ice with beginners floundering all over the place. I've done 30 years skiing and still found the return journey at the end of the day nerve wracking. So much so, I came down in the gondola on the descent of shame to avoid the stress. You can forget about a good ski down the Hannenkaum downhill also because they don't piste the Streif making it virtually unskiable to most people. The town is beautiful but don't try shopping as the shops are high end. Nice week but choosing somewhere a bit more laid back where I can ski into the boot room next year.

The ski run is very good and the views downhill are beautiful. The restaurant has great food but a bit overpriced.

I spent 4 weeks skiing in Kitzbuhel and it was so beautiful. Great variety of runs so we didn’t get bored. I highly recommend the Hotel Erika http://www.booking.com/hotel/at/erika-kitzbuhel.en-us.html?aid=1188908 they really looked after us well. Can’t wait to go again :)