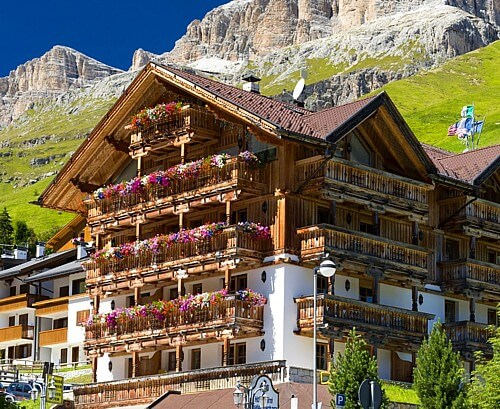 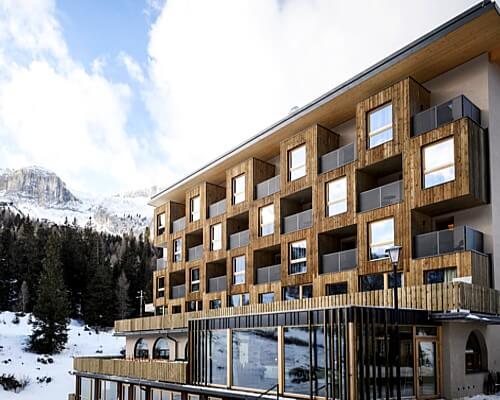 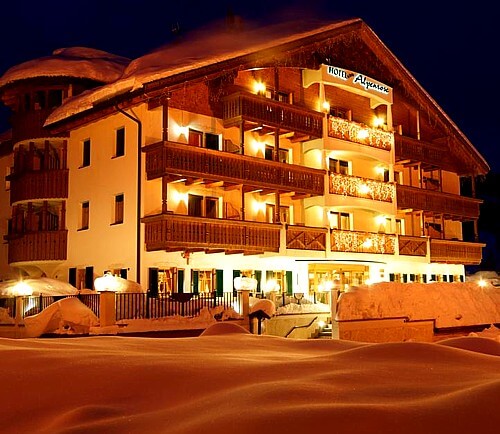 The Arabba ski resort is located at the base of Sella Massif, at the foot of Pordoi and Campolongo passes, in the very heart of the  Dolomiti SuperSki skiing compound. It’s also one of the highest resorts in the Dolomites.

Arabba’s slopes are divided into three distinct areas: the one directly above the village, on the slopes below the Porta Vescovo; the lifts linking up to the Passo Pordoi and Canazei, and finally the links linking up to the Passo Campolongo and Corvara Skiing.
The lifts around Arabba are mainly fast chairs and gondolas. On one side of the village, fast lifts rise nearly 900m vertical to the high point in the system, Portavescovo, from where there are some excellent long and challenging runs back to the village. Skiers love Mount Portavescovo, above Arabba, for its spectacular slopes.

In addition to the famous Portavescovo descent, it's possible to go, with skis on your feet, to the Marmolada, queen of the Dolomiti with its 3269 m of altitude.

Arabba is a good choice for advanced skiers, the local slopes offer some of the steepest in the Sella Ronda. Many of the blacks and reds are north facing so hold snow well even on warm sunny days. The off piste skiing however is limited, and unusually skiing off piste on snow near the slopes is discouraged and on some runs is banned altogether.

At the foot of Mount Burz there's a ski school slope where children can learn to ski on short and easy slopes before moving on to more spectacular and difficult ski runs. Some of the blue runs might well be reds in other ski resorts.

The Dolomiti Superski pass also allows you to explore countless other areas in the region, including Canazei, the Marmolada glacier and even Cortina d’Ampezzo, offering an incredible 1200km of pistes in all.

Arabba Superpark - It is located at the Le Pale chair lift, at an altitude of 1,915 m, 500 m long and has a number of tables, jumps, rails and boxes ready: Line 1: 4 kickers from 1 to 9 meters; Line 2: jib line; Line 3: banked slalom, with obstacles.
There is also a chill-out zone for you to take a breather in.

Like most of the smaller resorts around the Dolomiti Superski area, there isn’t a huge après offering. Despite this, there are some gems to be discovered in and around Arabba. Check out Rifugio Plan Boe, a great place to stop on the way back to the village for a drink and some dancing on the tables. With an easy cruising blue run back down into the village, Plan Boe is a great option for those craving a bit of après on the mountain.

There's a limited choice of restaurants in Arabba - unsurprisingly given how small it is - but the dozen or so hotels all have busy restaurants, and there are a couple of independant offerings. There are also hotels that offer wellness centres as well as bookable treatments (both at a fee) for those staying in resort. Most hotels are conveniently located near the slopes and ski lifts. 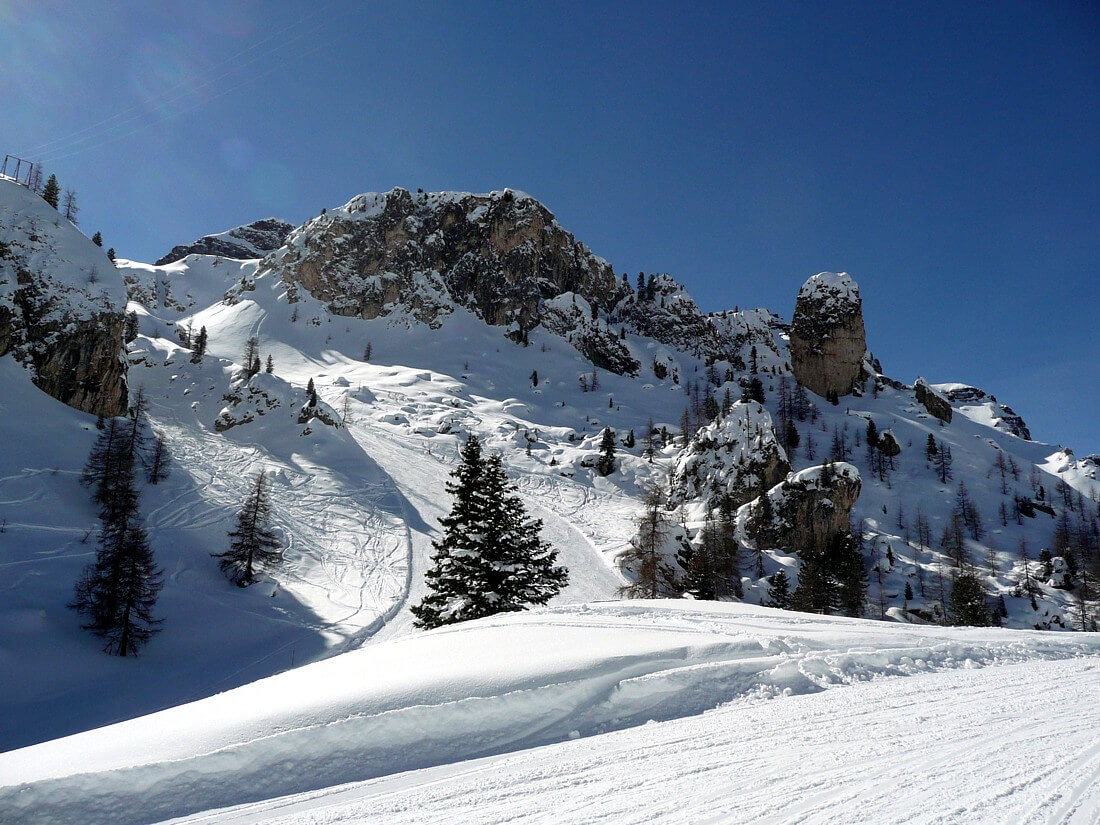 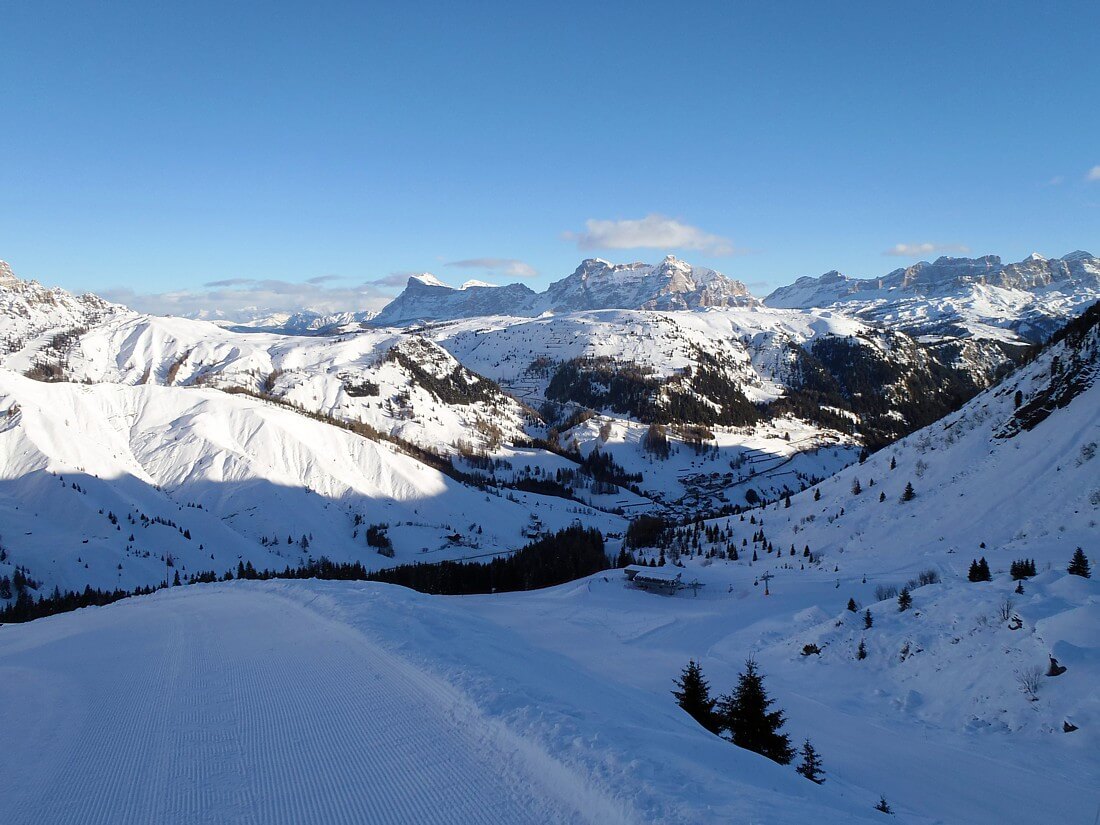 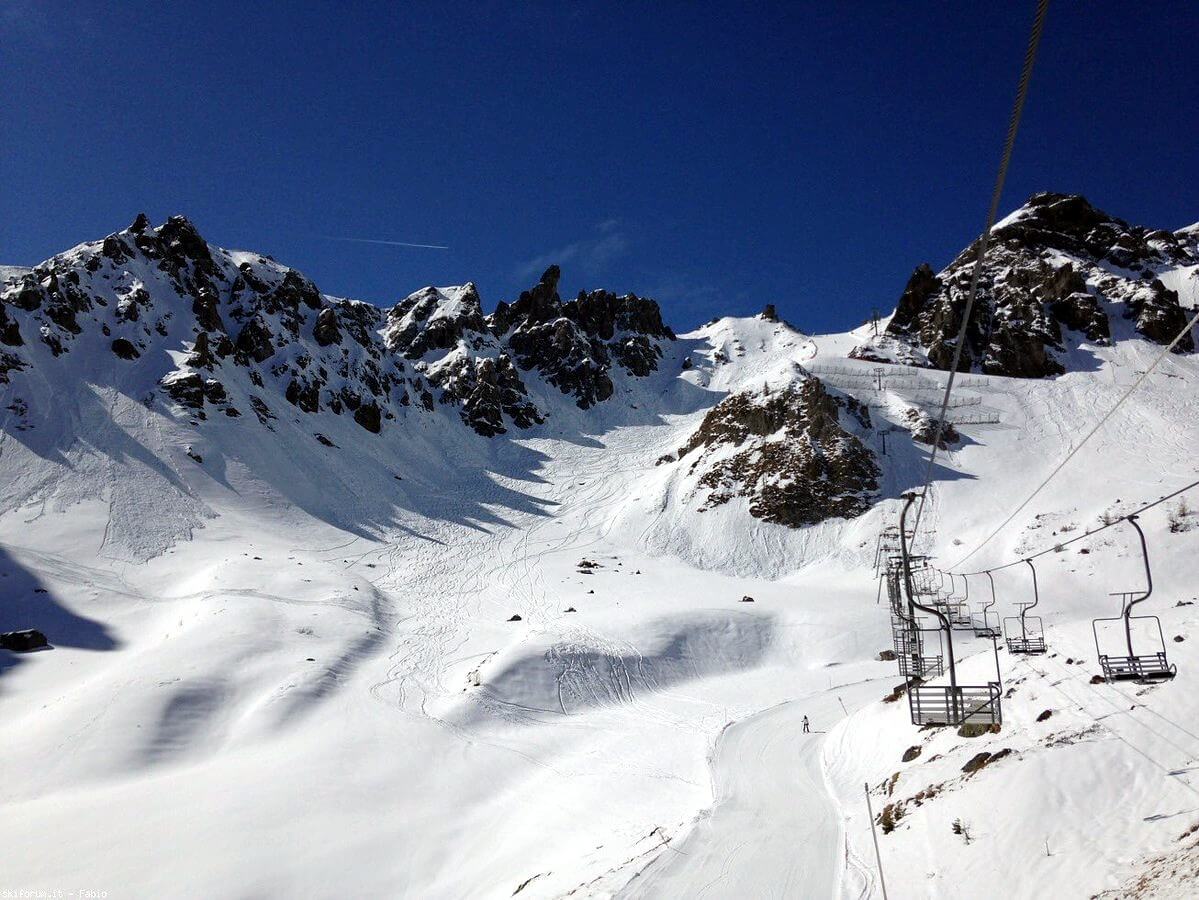 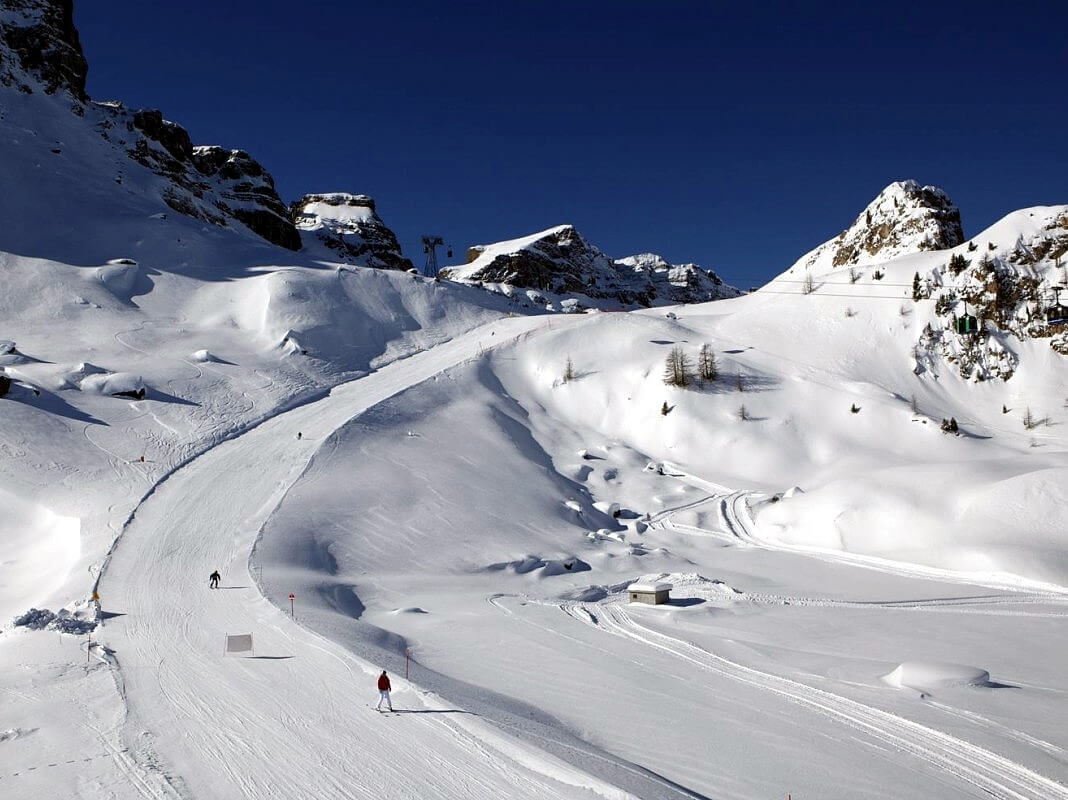 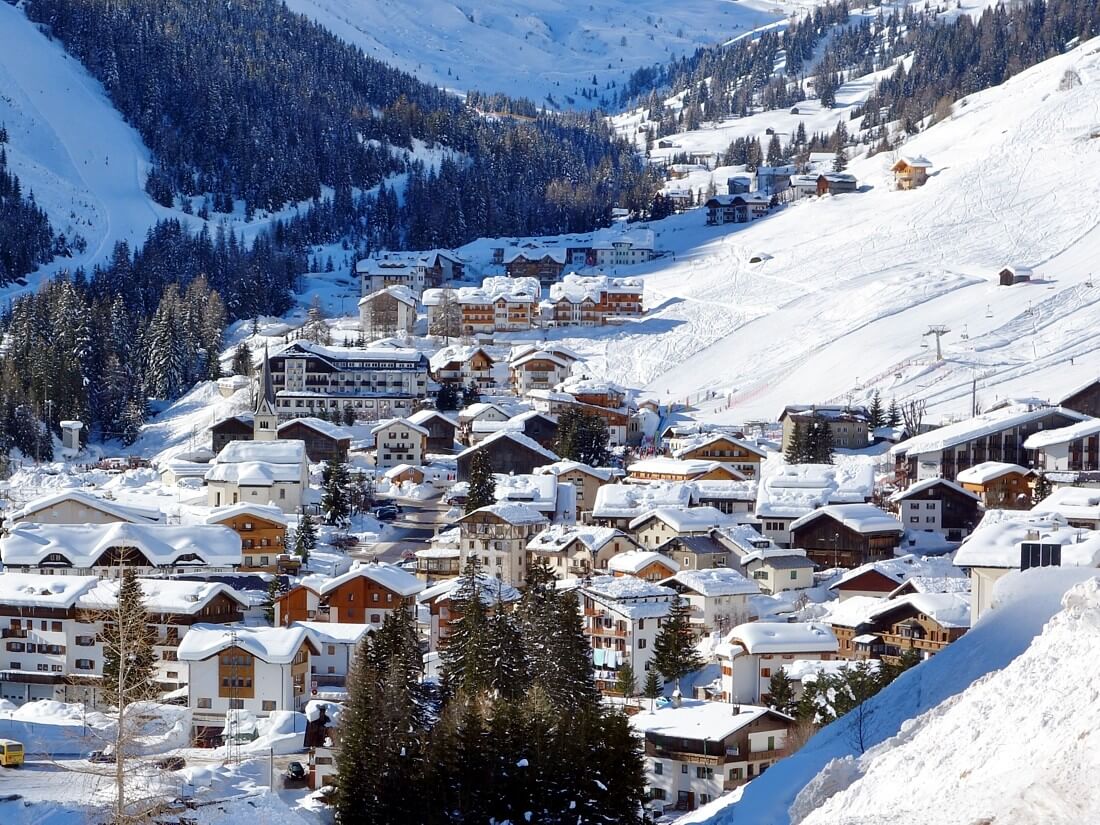 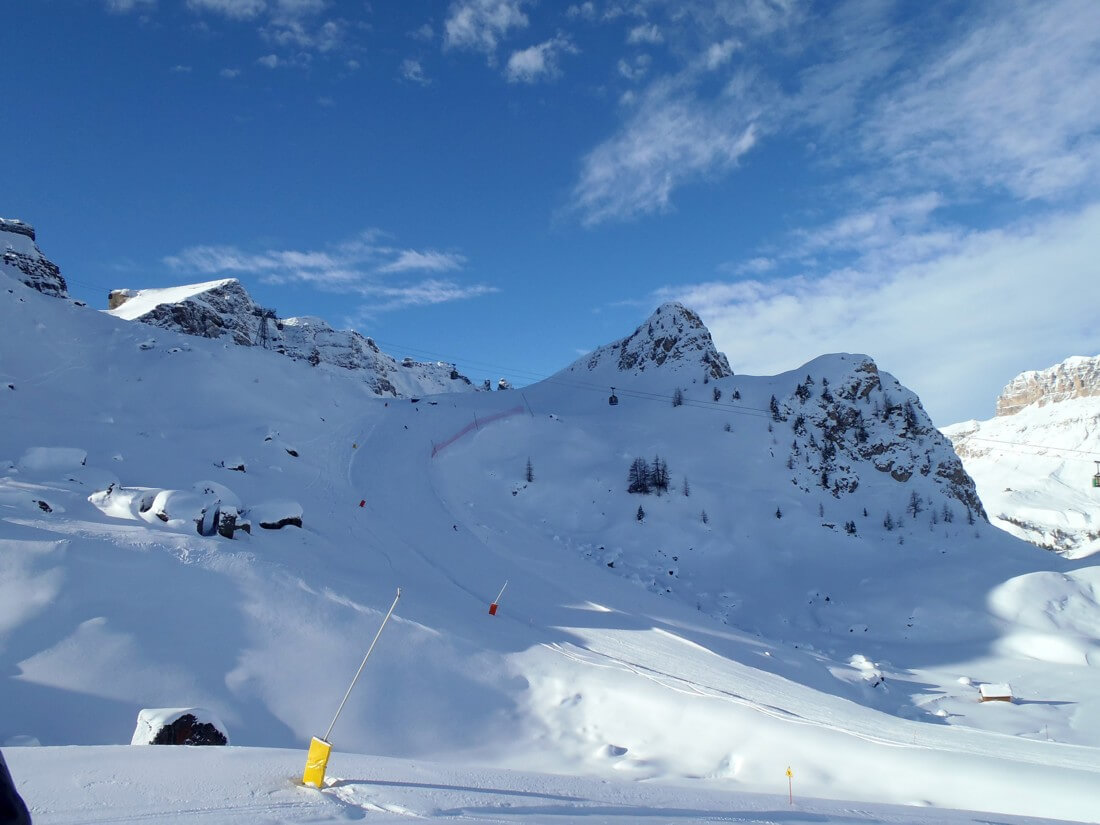 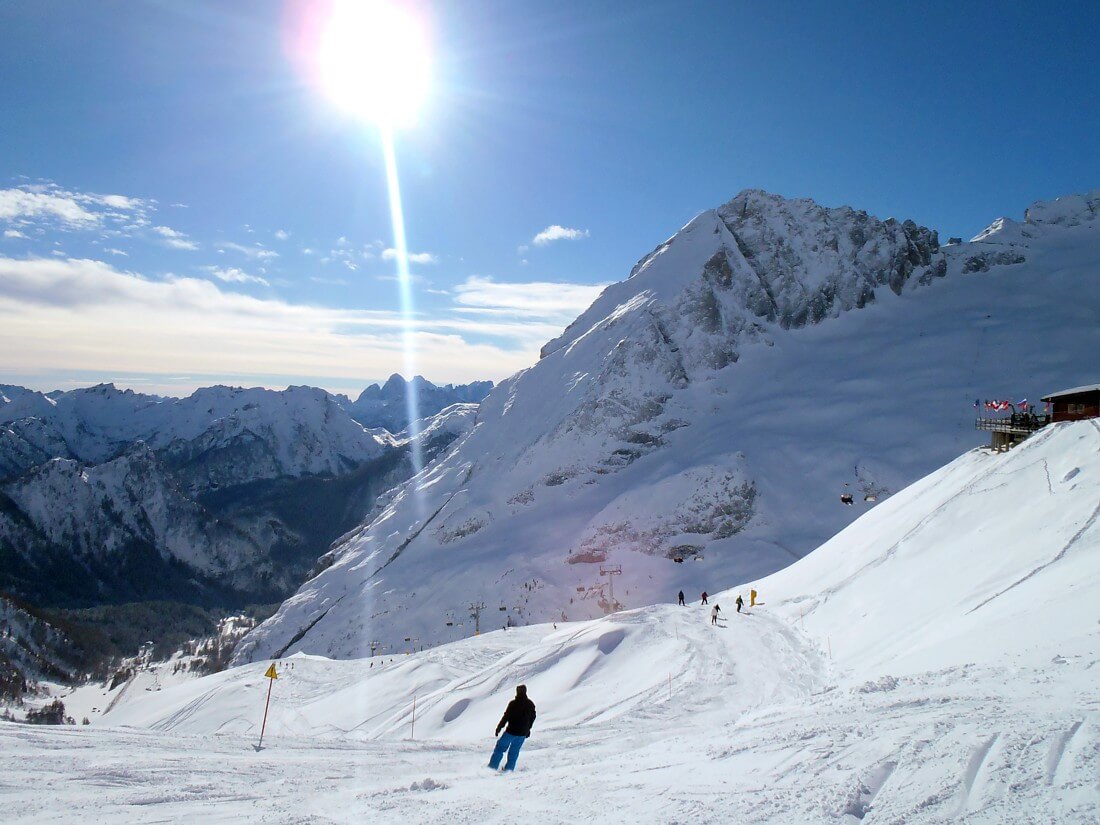 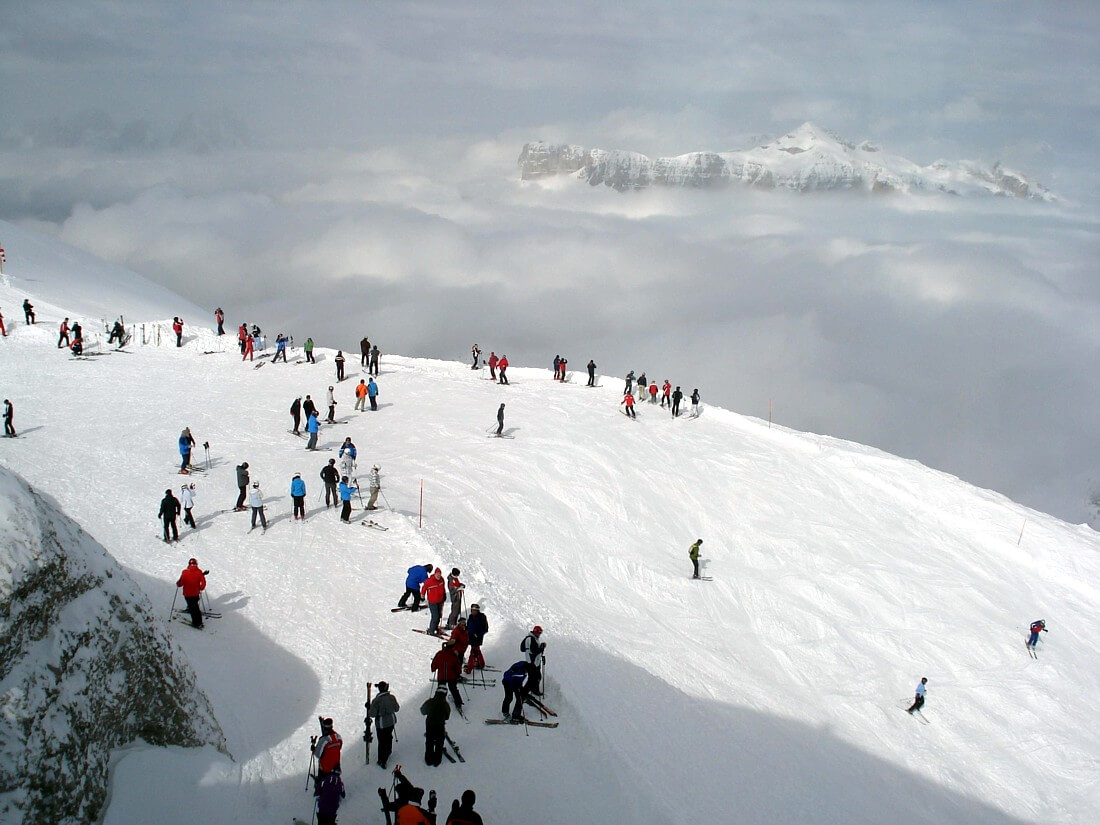 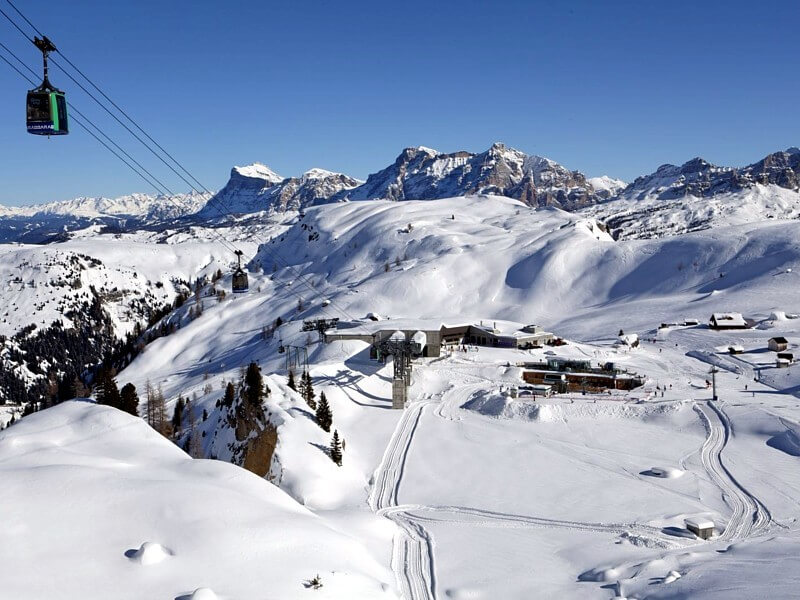 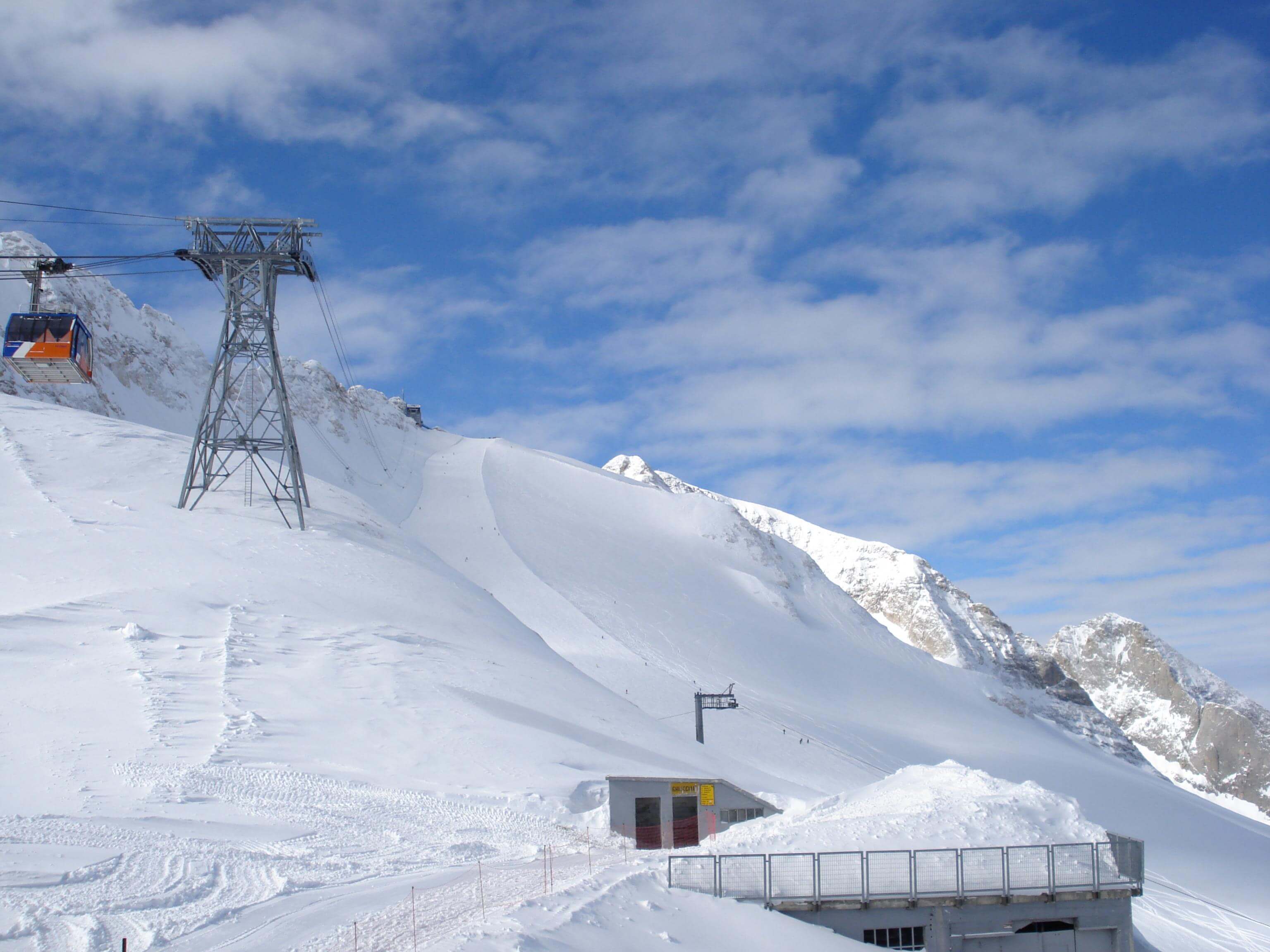 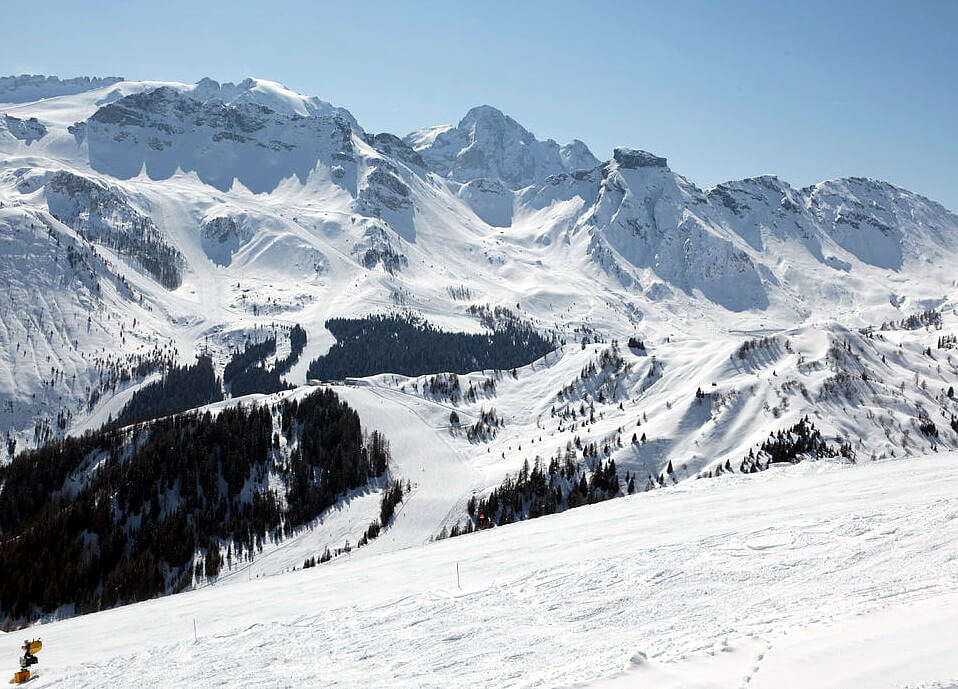 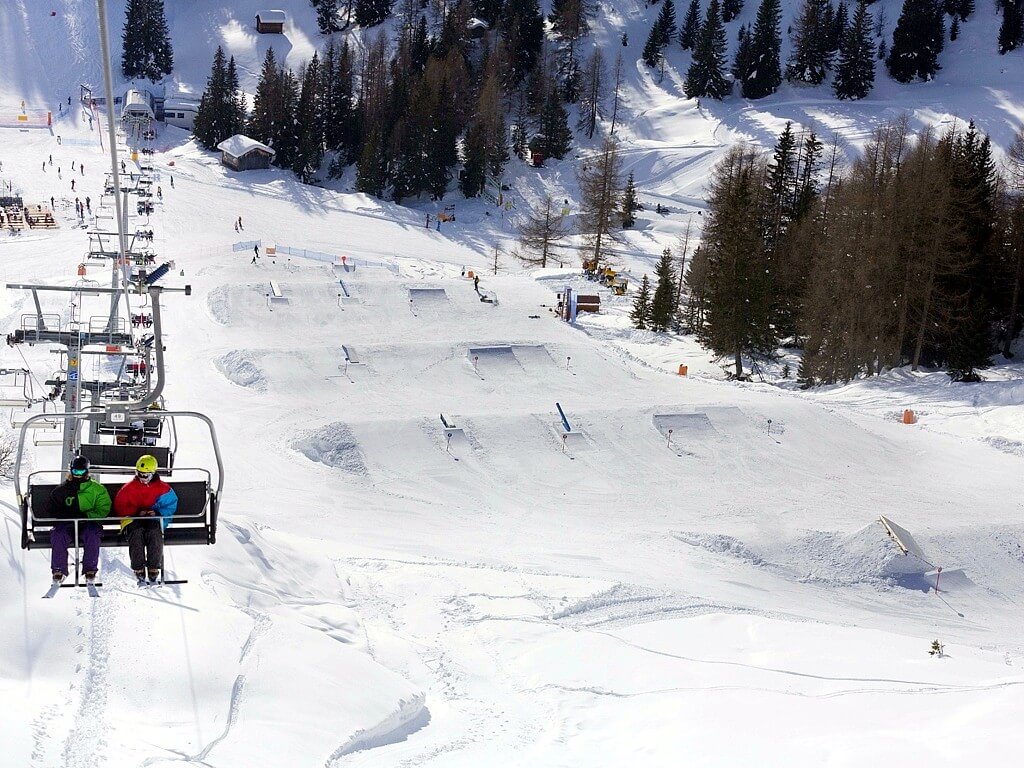 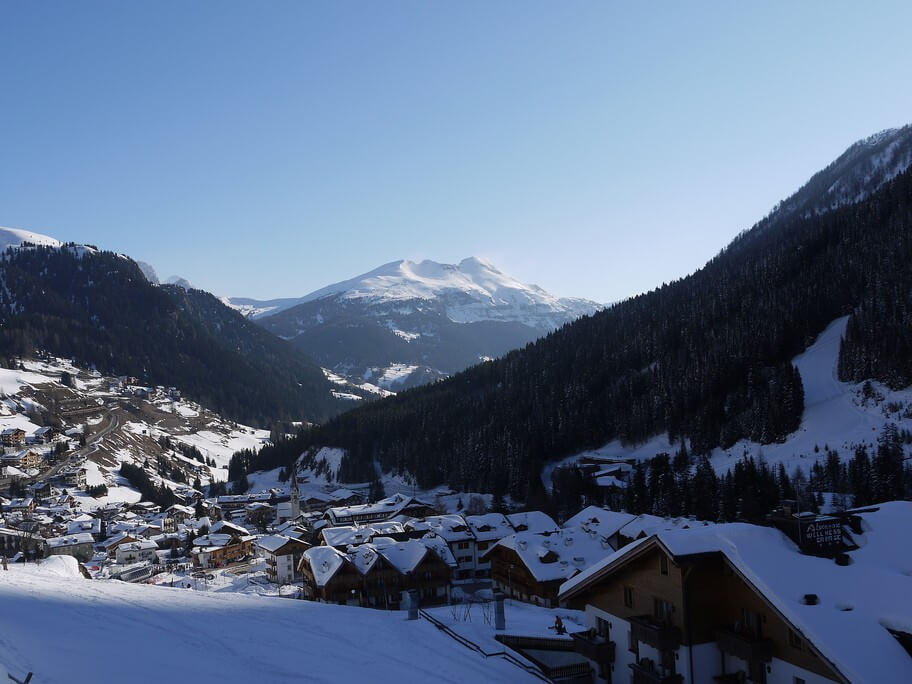 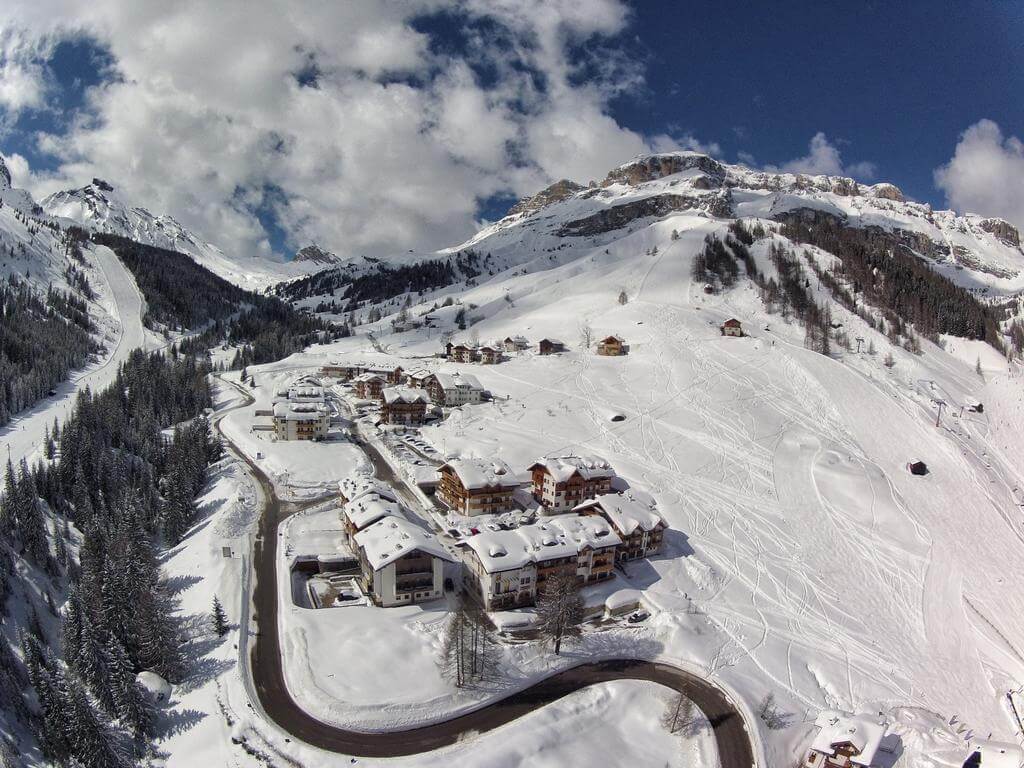 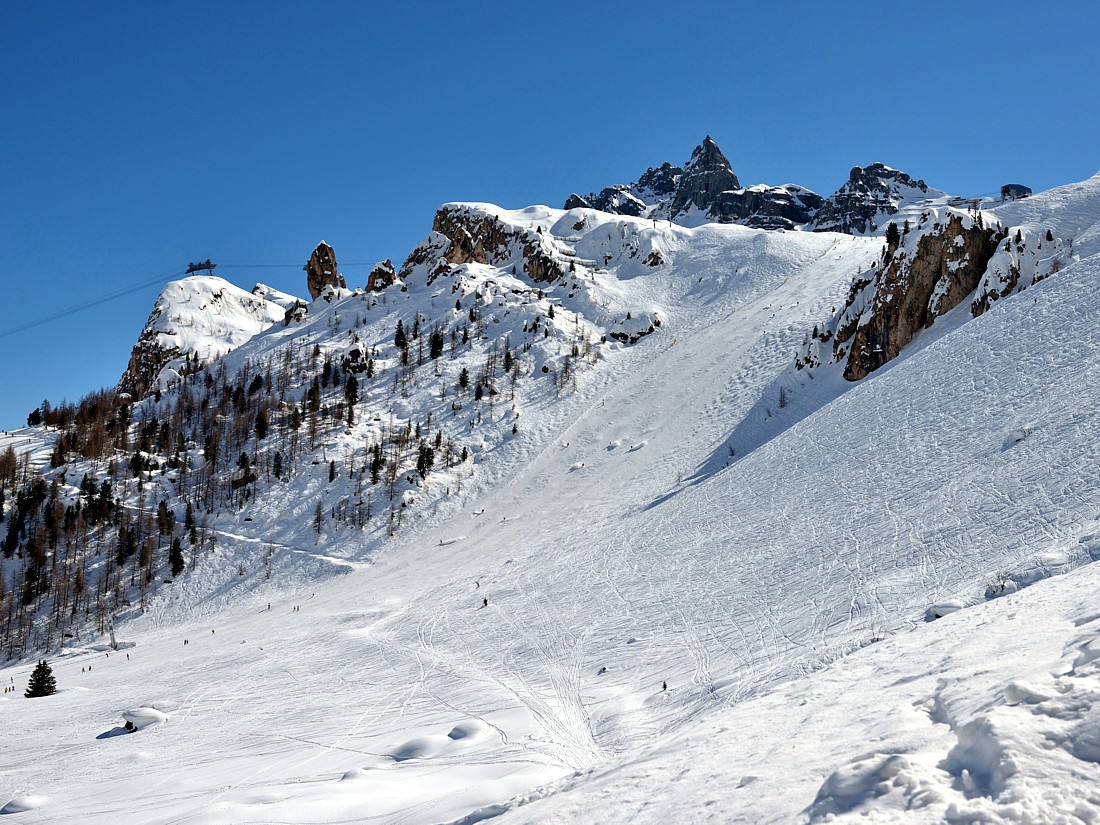 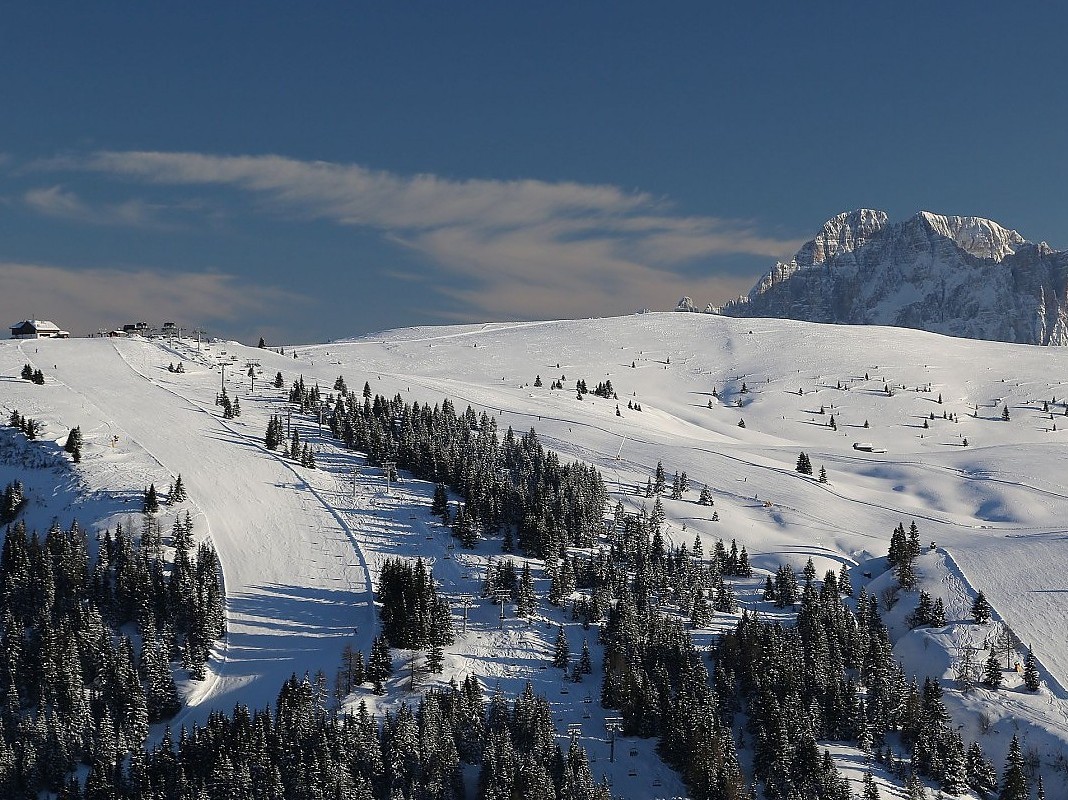 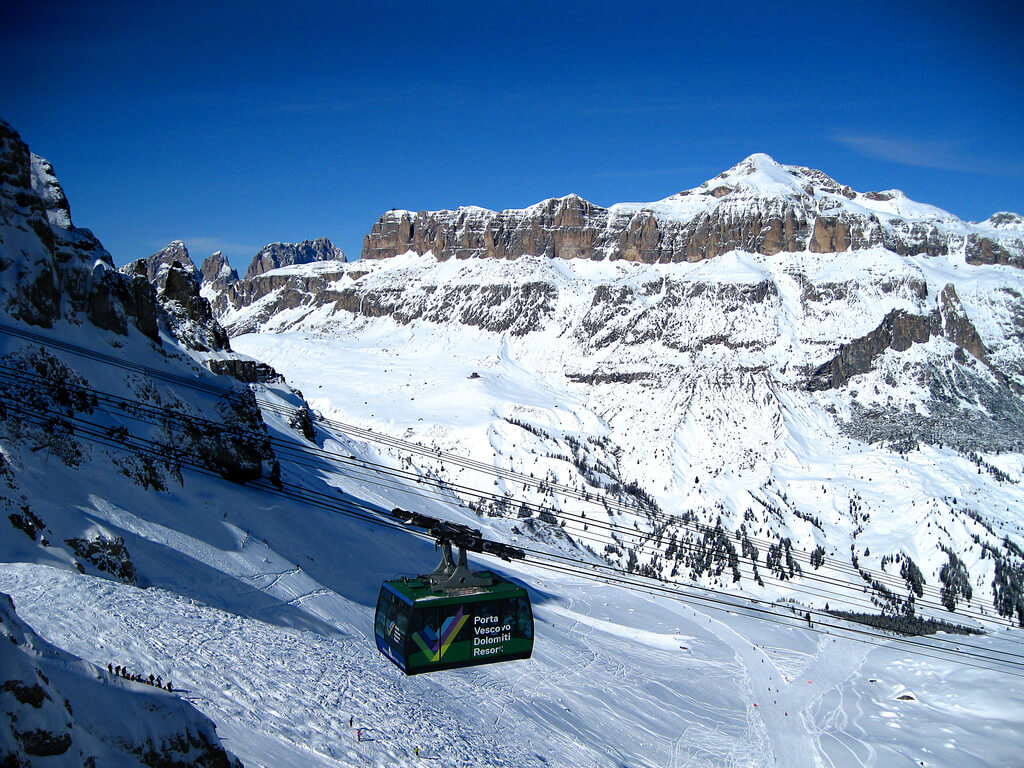 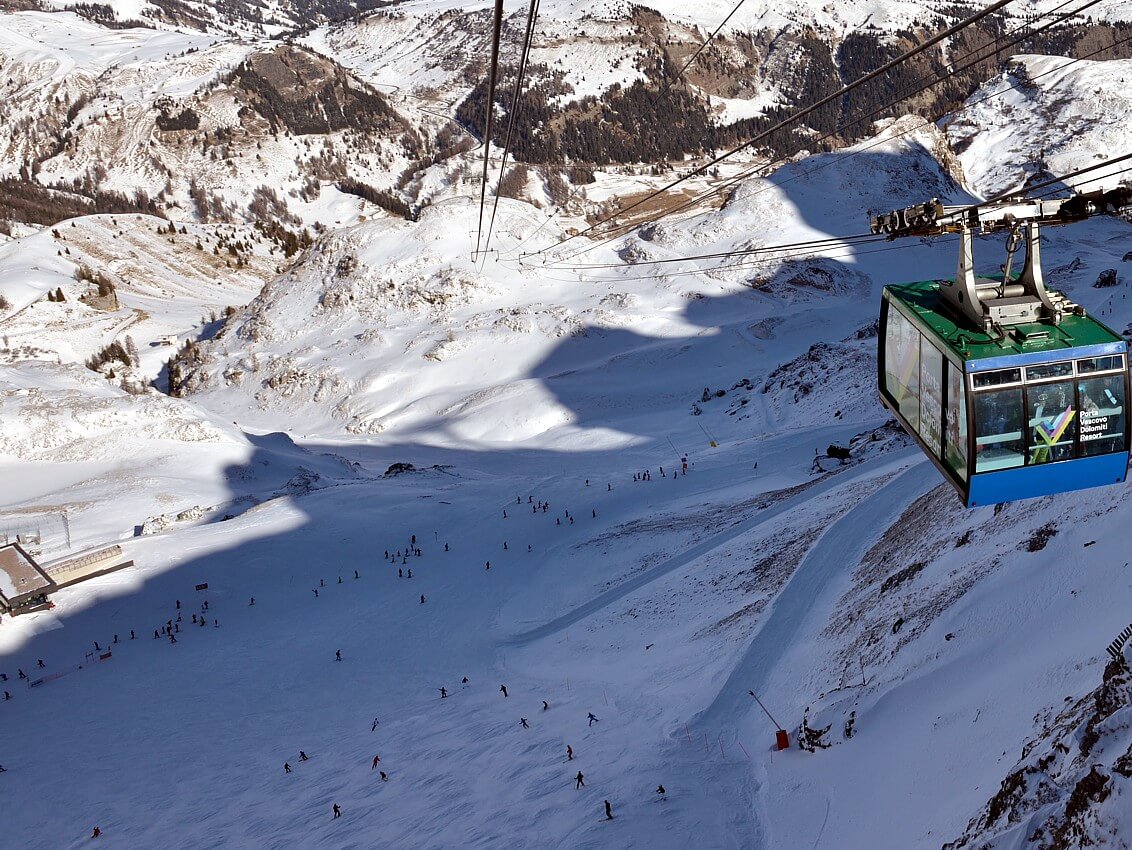 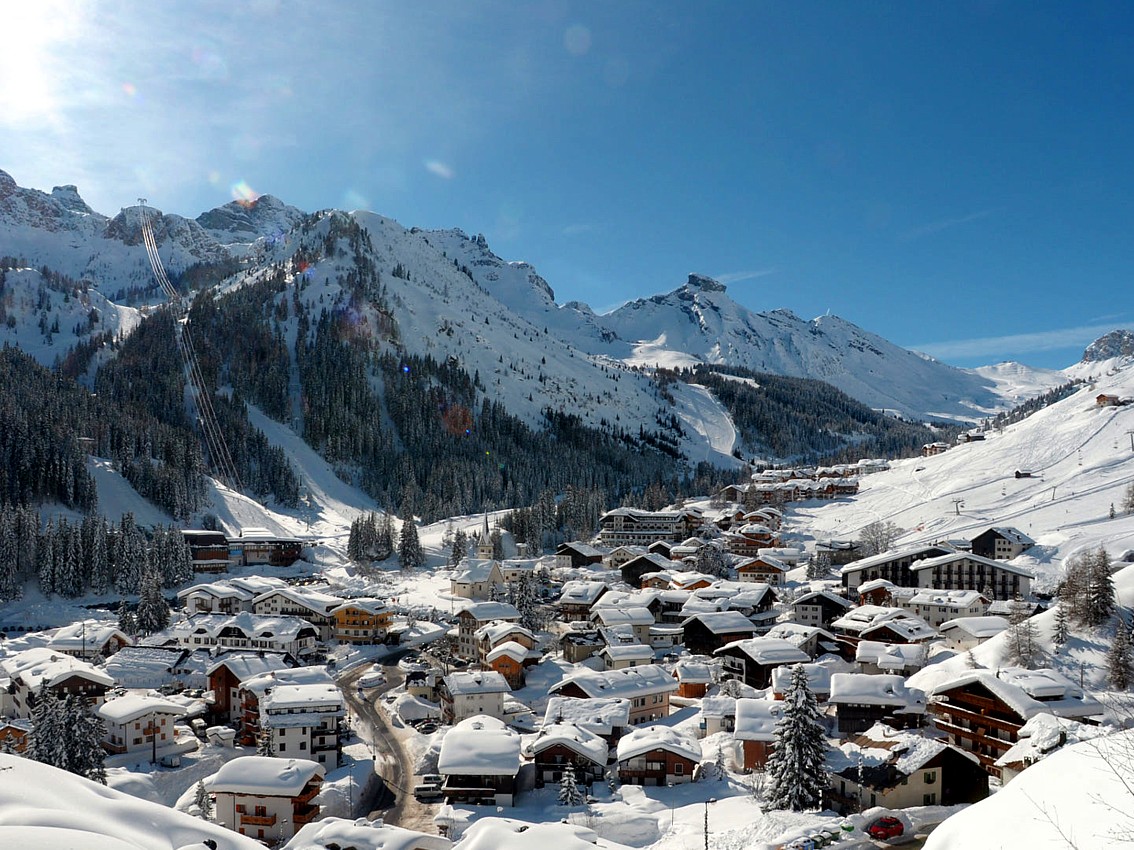 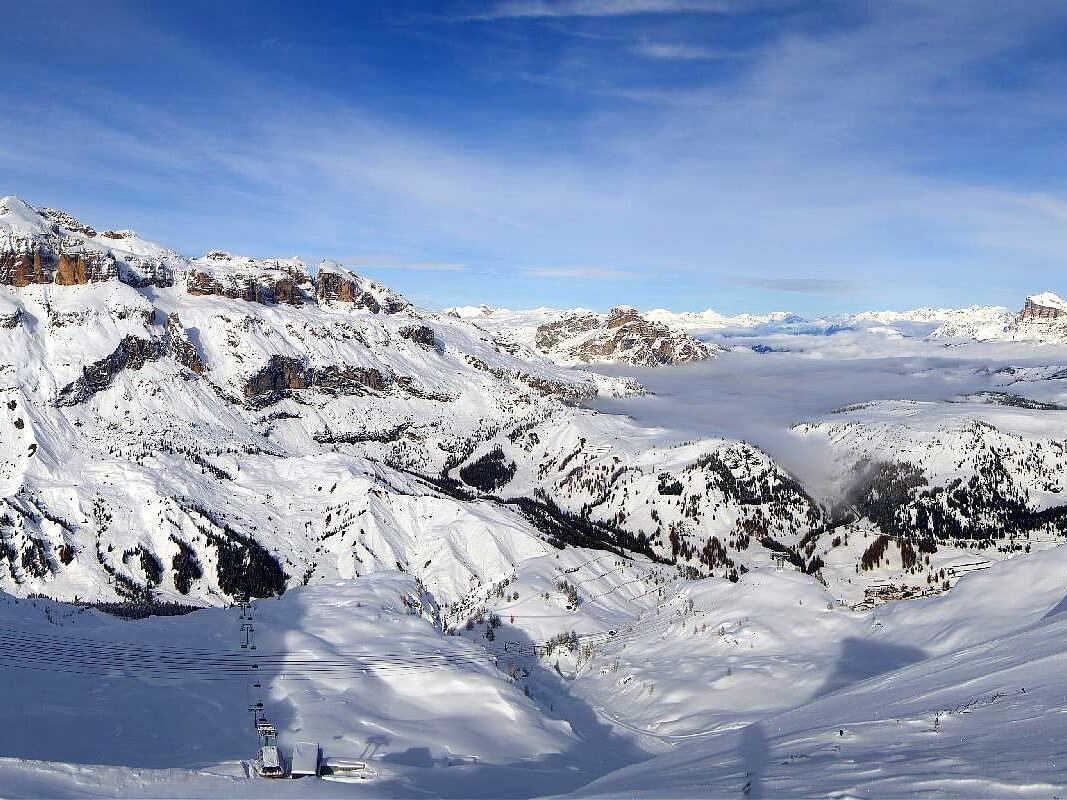