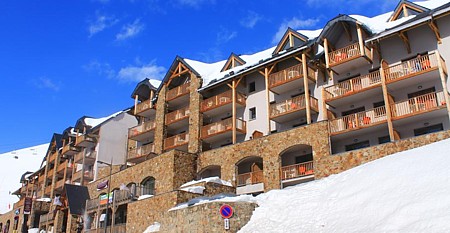 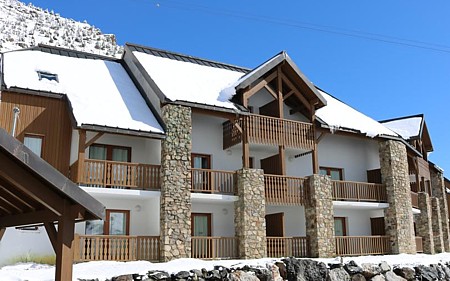 The ski resort of Grand Tourmalet is the biggest in the French Pyrenees. During your skiing holiday or weekend at the Grand Tourmalet, enjoy the ski slopes, extending over 100 kilometres with 67 pistes and 29 ski lifts, peaking at an altitude of 2,500 metres.

For beginners, the Grand Tourmalet ski station is well-suited to learners, with no less than 16 green pistes, including the ‘piste des quatre thermes’, the highest point of the resort, facing the Pic du Midi. The Grand Tourmalet also has 16 green pistes, 17 red, 6 black and the « nouvelle glisse » area, on the peaks of Tourmalet. This is a completely off-piste area, supervised by mountain professionals, extending down the three sides of the Pic du Midi; Barèges, Artigues-Campan or Taoulet.

From La Mongie, a cable car reaches the Pic du Midi in 15 minutes. The landscaped terraces, at an altitude of 2,877 metres, provide a breath-taking panoramic view across the Pyrenees.

Visitors to the Pic du Midi ski resort can enjoy the fresh air of the vast open spaces, pay a visit to the scientific observatory and even prolong their trip by spending the night at the ski station.

The Pic du Midi is also the number one freeride skiing venue in the Pyrenees, for skiing in complete freedom, with a spectacular descent of 1,700 metres.