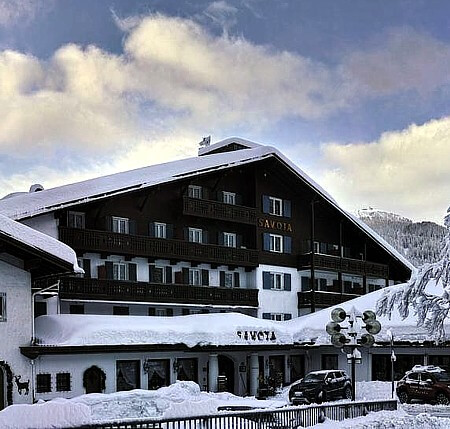 San Martino di Castrozza (1427m) is a charming Alpine village and renowned ski resort in the north-eastern part of the Trentino region, situated in a wide Valley, within Paneveggio National Park, as well as the main centre of the ski area of the same name. The region San Martino-Passo Rolle is part of the Dolomiti Superski area.

San Martino di Castrozza is a historically renowned and a stylish skiing resort set in a broad valley surrounded by thick conifer forests. It is dominated by the Dolomitic Pale di San Martino group and enjoys a strategic position for skiing, being ideally located near the uphill facilities to the 60 km ski-runs of the Carosello delle Malghe and Colverde skiing networks.

The three main ski areas are Rosetta, Tognola and Passo Rolle. This skiing area includes 60 km of slopes and extends from Alpe Tognole to Malga Ces, including the Cima Tognola, Val Cigolera and Punta Ces ("Carosello delle Malghe").
Rosetta is around 2,609 m. The Colverde-Rosetta ski slopes offer the possibility of night-skiing on 2 kilometers of floodlit tracks twice a week during the winter and every night during Christmas holidays.

The biggest ski area goes from Alpe Tognola to Malga Ces and offers 45 km of descending trails between 1404-2357m. The areas can be accessed via a fast cable car in Tognola which, in only eight minutes and starting near San Martino di Castrozza, leads to Tognola peak at 2200 Mt. There is a second entrance, and it is accessible via the Ces chairlift, at the edge of the village. Tognola is the highest ski area and its highlights include the Tognola Uno run, a wooded 3 km piste that offers plenty of variety and challenge for expert skiers, as well as the Cima Tognola, which is similarly varied..

The third and last ski area is 8 km far from San Martino, at Rolle Pass. Here, between 1900 and 2000 metres, there are 15 km of alpine skiing trails. Passo Rolle is a high mountain pass that features a particularly tricky black run called Paradiso. This run has several steep stretches, but rewards any discomfort with some amazing views.

The ski-runs form an interesting and enjoyable network, from the difficult Direttissima, Tognola Uno and Kristiania to the many red runs, from the most scenic slopes to the ski camps. Kids will find three well-equipped ski mini-clubs: Tognola, Prà delle Nasse and Cereda Natural Park.

There are several Snowparks in the ski area of San Martino di Castrozza and Passo Rolle.

The San Martino Snowpark is approx. 1 km long, running alongside the Scandola piste and offering its own 3-person chair lift, so that the sunny park is easily accessible. A total of 40 different obstacles split between an easy, a medium and a large line are ready and waiting for freestyle beginners as well as the pros. Furthermore, there's a jib area and a boarder cross run - no one should be left wanting! It's with good reason that the San Martino Snowpark is one of the five Burton Progression Parks in Europe and the location for numeroud events and contests.

The second snowpark in the ski area is the Snowpark Colverde, which lies surrounded by forest area at an altitude of 1,650 - 2,000 m and thus is in an ideal location. Not only winter sports fans looking for the perfect jib line can make perfect use of the snow park but also beginners have ample opportunity to practise their skills. The diverse offer consists of a 3 m and a 6 m kink box, several 3 m boxes, two 6 m boxes, a rainbow box and two 6 m as well as an 8 m tube. The park is prepared daily and as an absolute highlight it is also lit up in the evenings (Thursdays, Fridays and Saturdays).

There are approximately 16 restaurants in San Martino and several small cafes and bars. The "Malga Ces" serves fresh Italian cuisine and a delicious cake called Sacher and is one of the most popular restaurants in the area. Favoured meeting places are the Enoteca da Renzo, Rifugio Tognola or Lo Sfizio. There are also gastronomic speciality shops offering tastings of the typical pork butcher's produce and the famous cheeses.

San Martino has a concentration of quaint stores and boutiques. 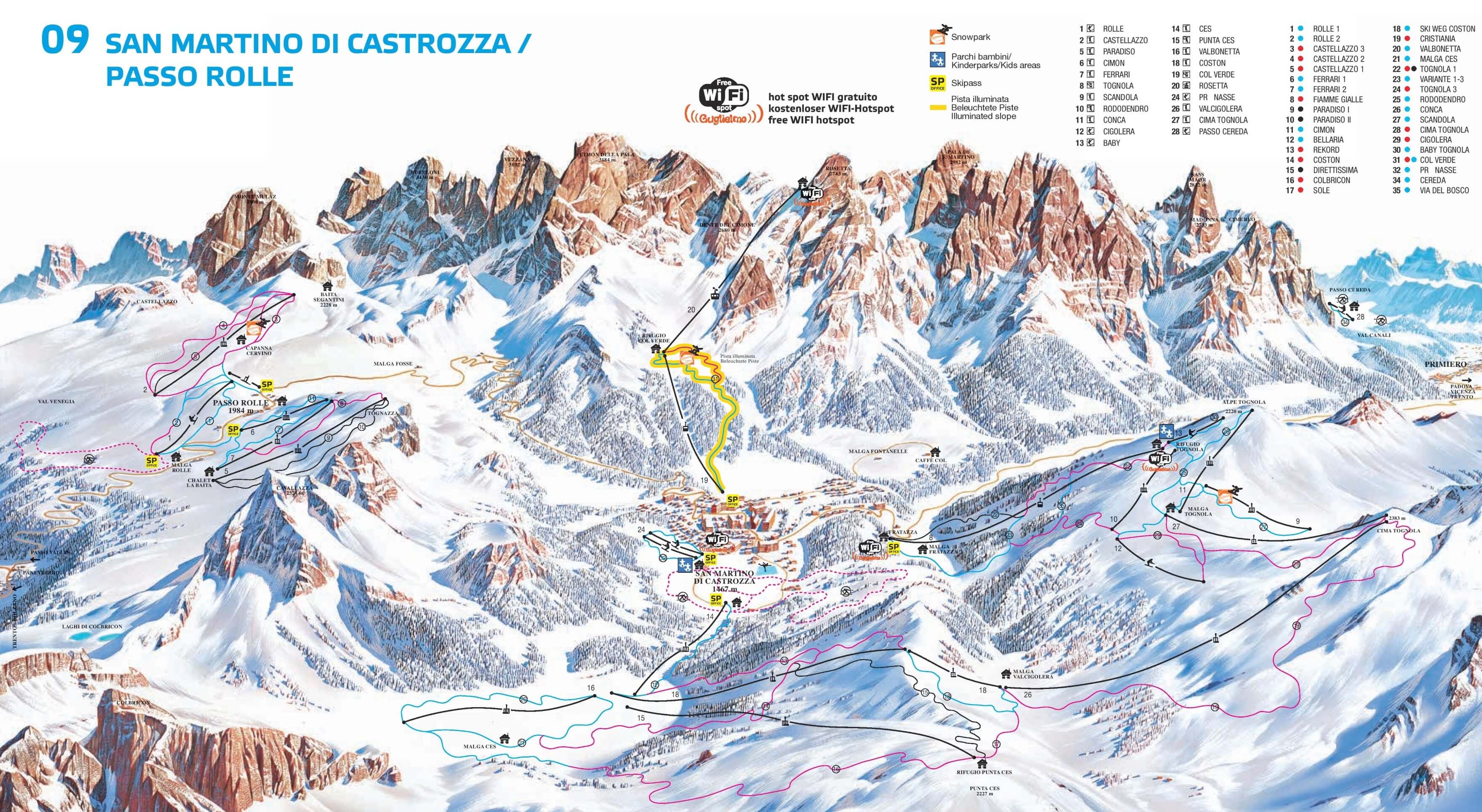