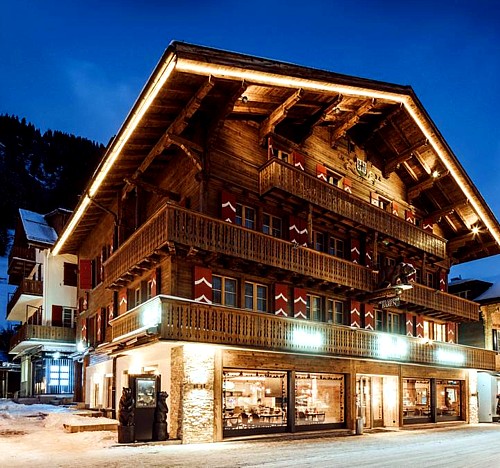 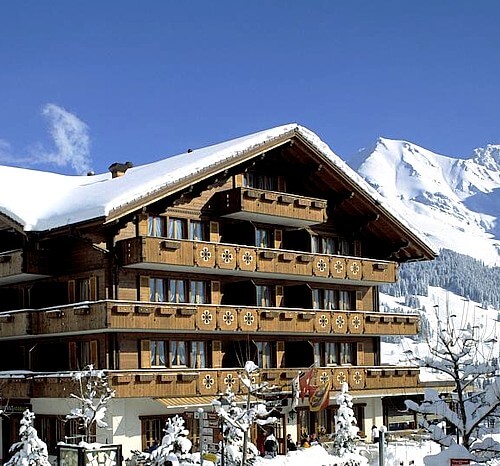 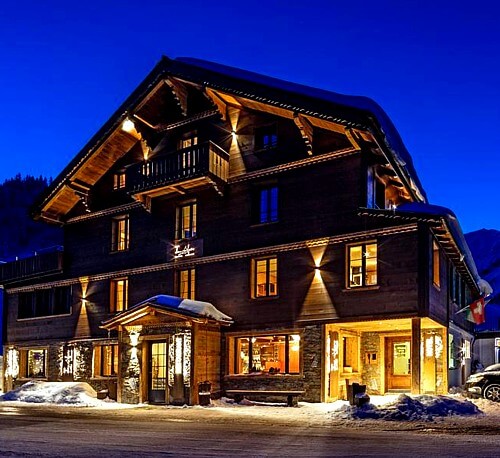 Adelboden is a traditional Swiss mountain village on a terrace looking south to the Engstligen waterfalls. Also part of the village are the inhabited valleys of Gilbach, Stigelschwand, Boden, Hirzboden, and Ausserschwand. Church and main street are at 1,350 m, the highest point of the area is the Grossstrubel with 3,242 m, the lowest point is at 1,045 m in the Engstligen valley.

Adelboden-Lenk skiing is one of the biggest snow sports resorts in Switzerland comprising 5 separate ski areas: Engstligenalp, TschentenAlp, Elsigen-Metsch, Silleren-Hahnermoos and Lenk-Betelberg with a total of 210 km of slopes and 72 cable cars and lifts. Adelboden ski area is the heart and soul of the region, emanating from its namesake quaint ski village. Adelboden’s trails are interconnected with Lenk, and the region is renowned for excellent snow.

Gondolas, four and six passenger chairs with bubble covers and even T bars serve Adelboden’s prepared ski slopes from 1353 m. to the 2362 m. summit and off-piste as well, with beautiful views of the surrounding Swiss Alps.

The main slopes are easily accessible from Adelboden, including the World Cup run down Chuenisbärgli. The resort has a good range of pistes for all abilities, with most of the challenging runs above Geils. There are a few long runs but some of them are flattish in places, and the best of the longer runs is probably the 5.5km, 700m drop from Lavey to Aebi.

The bus ride out to the pistes at Engstligenalp are worth the round trip. A bus runs regularly on the half hour from Adelboden bus station to Unter dem Birg at Engstligenalp in about 20 minutes and there is ample free parking at the bottom station. With a designated free-ride area (which has it's own Facebook group!) and the longest season in the area, the Engstligenalp plateau is a good place for reliable, untracked snow and ski touring. The area is never crowded, the only real drawback being you need to take the cable car back down at the end of the day.

The Elsigen-Metsch ski area is particularly convenient for Frutigen and provide the closest slopes for people driving into the area, with roughly 30km of pistes and a larger drop than that at Adelboden itself. The runs at Elsigenalp (2344m) and Metschalp (2142m) are accessible from the lift at Elsigbach which also has ample free parking. A bus runs from Frutigen to Elsigbach during the winter every hour.

Tschentenalp is just above Adelboden and has long cruisy runs with extensive off piste. There is also a relatively easy, if narrow, unpatrolled trail back into Adelboden. 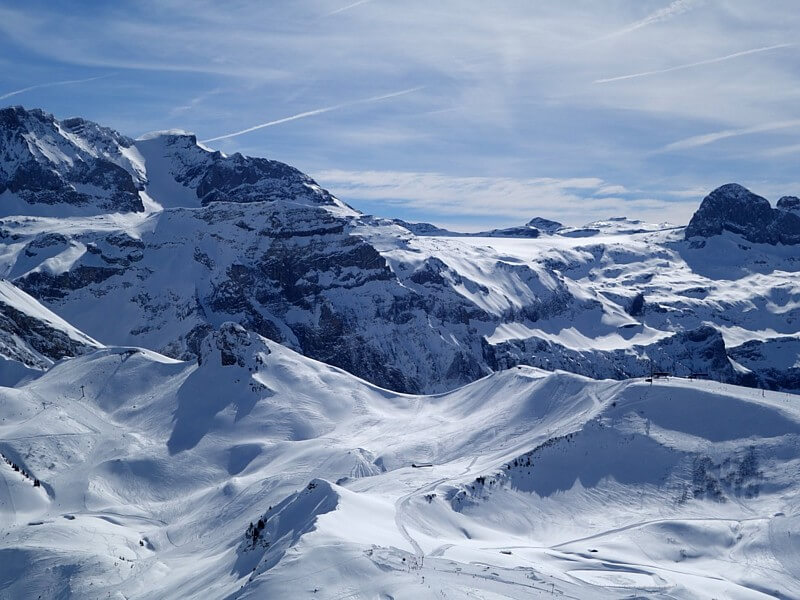 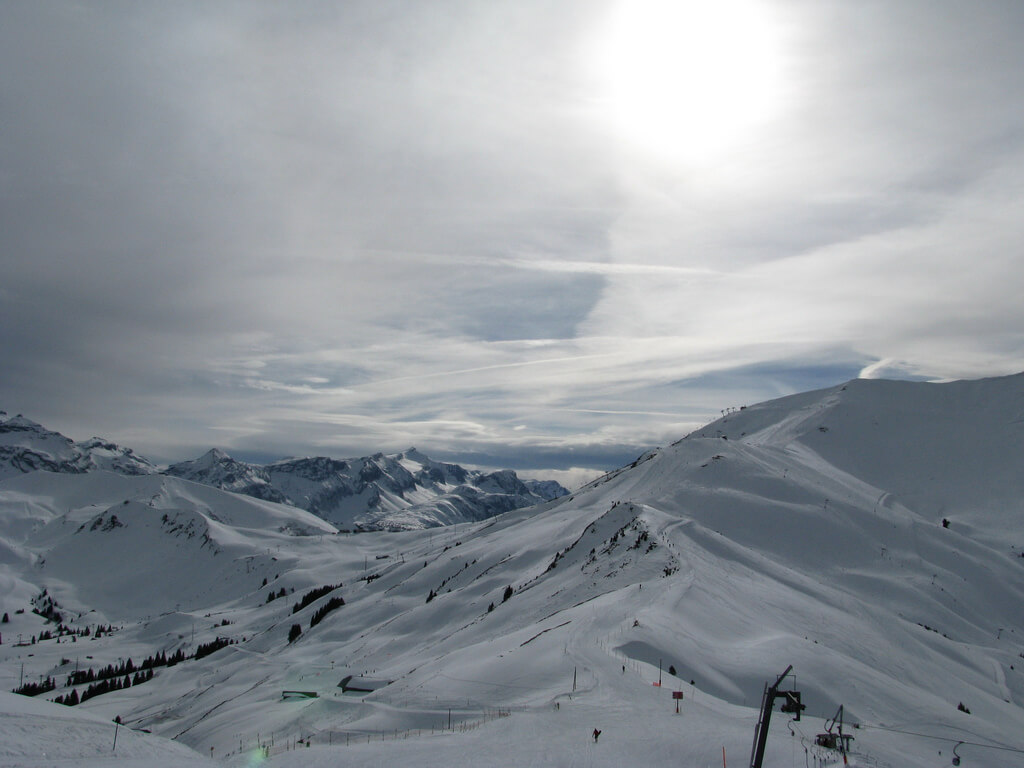 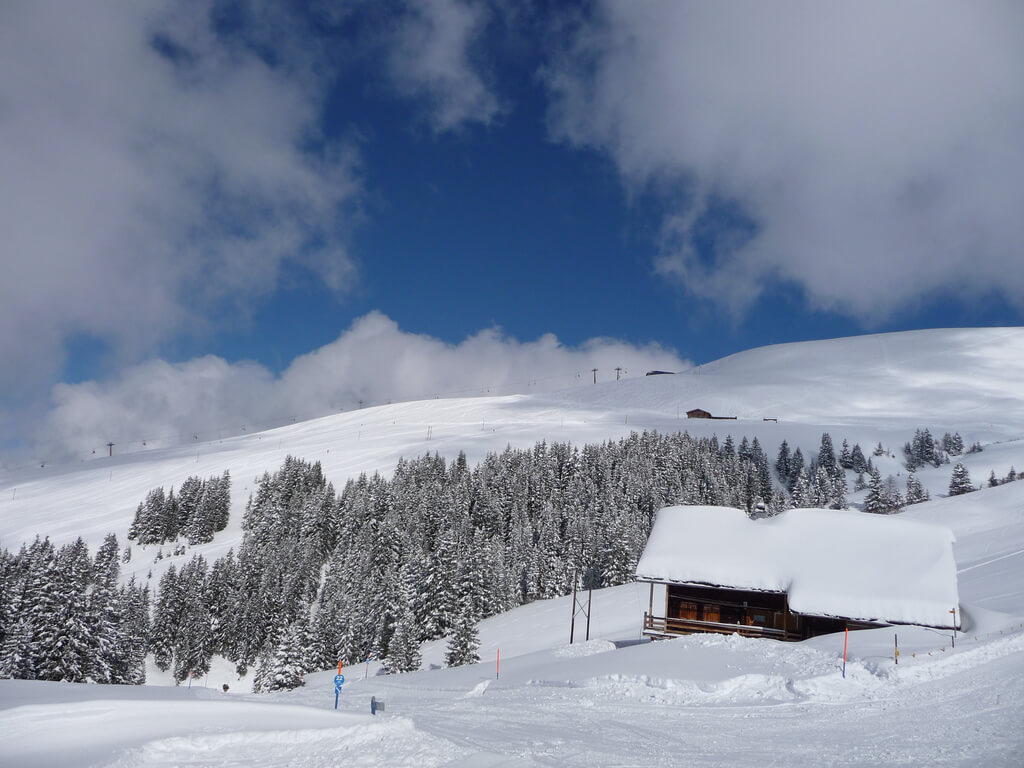 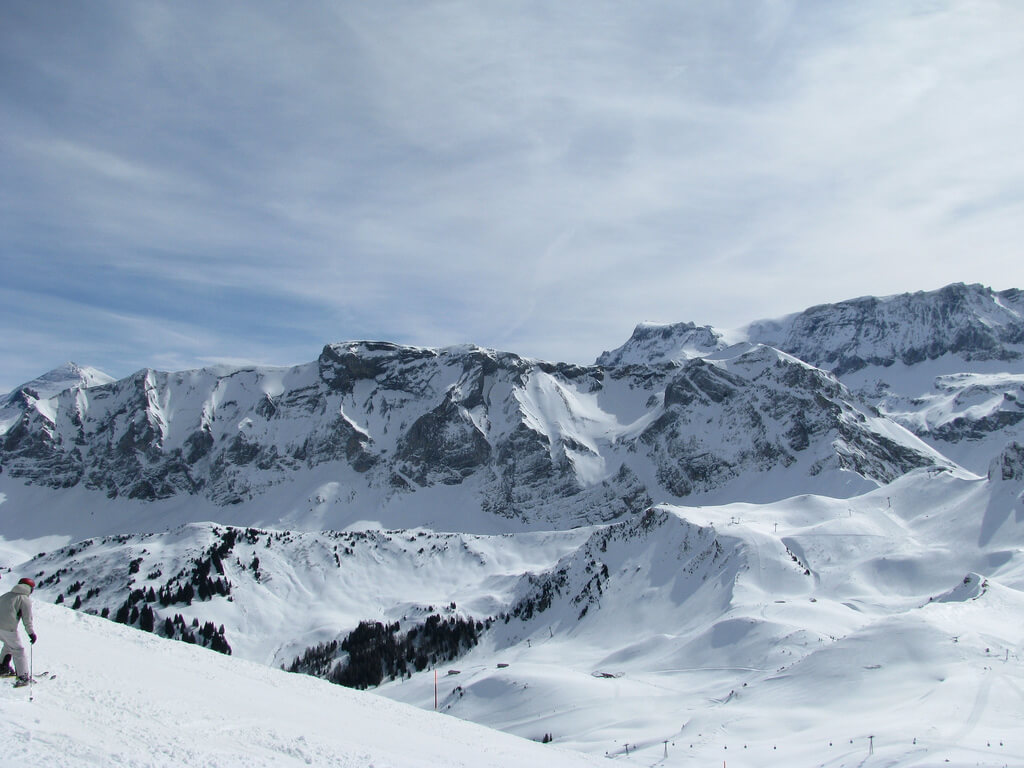 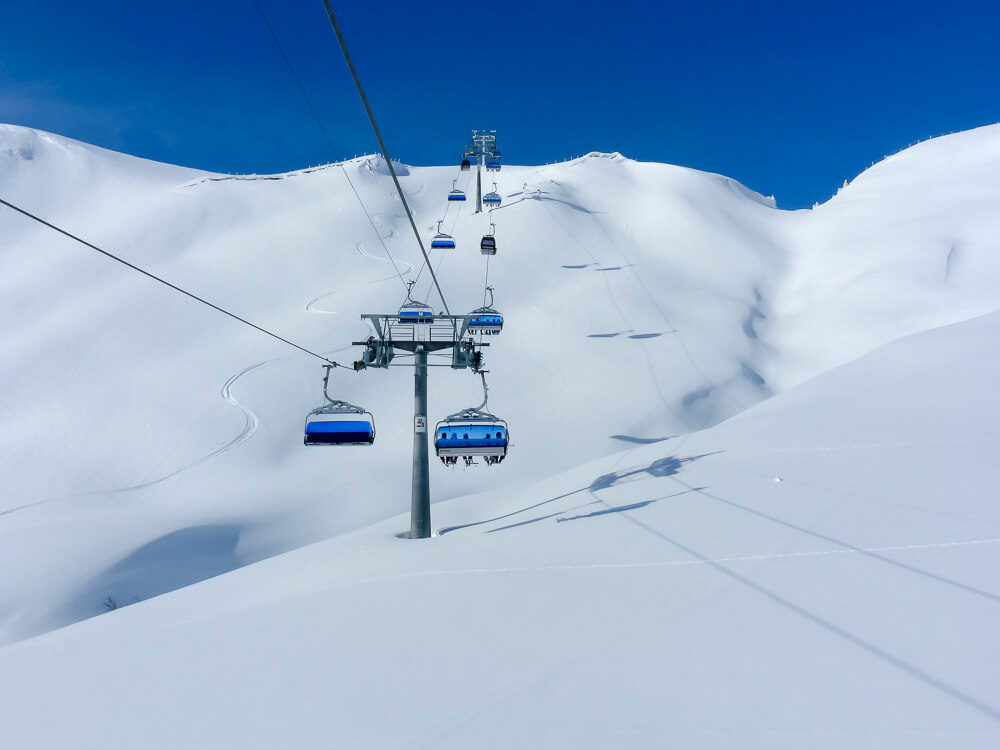 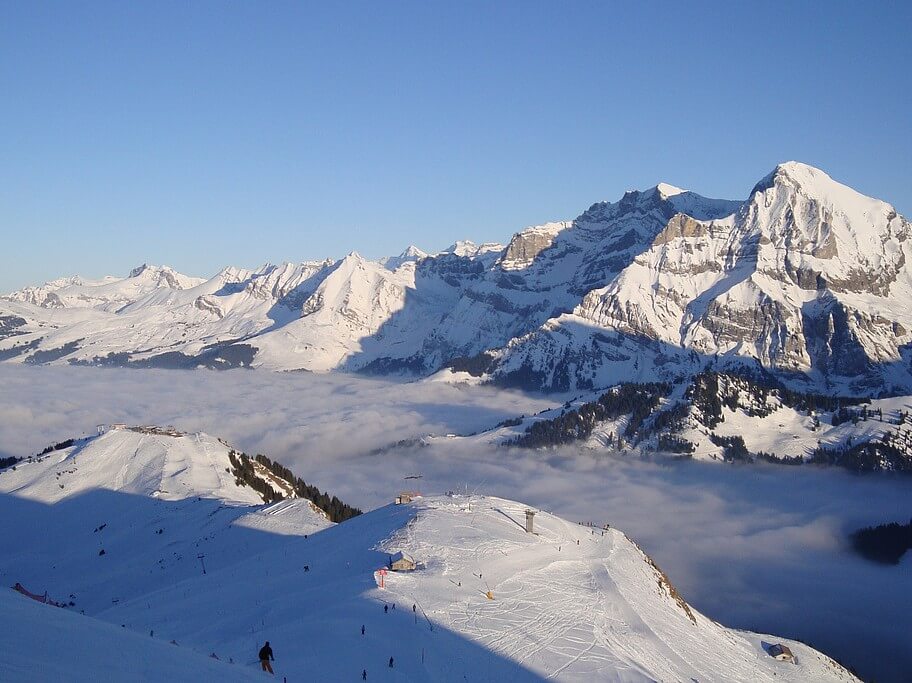 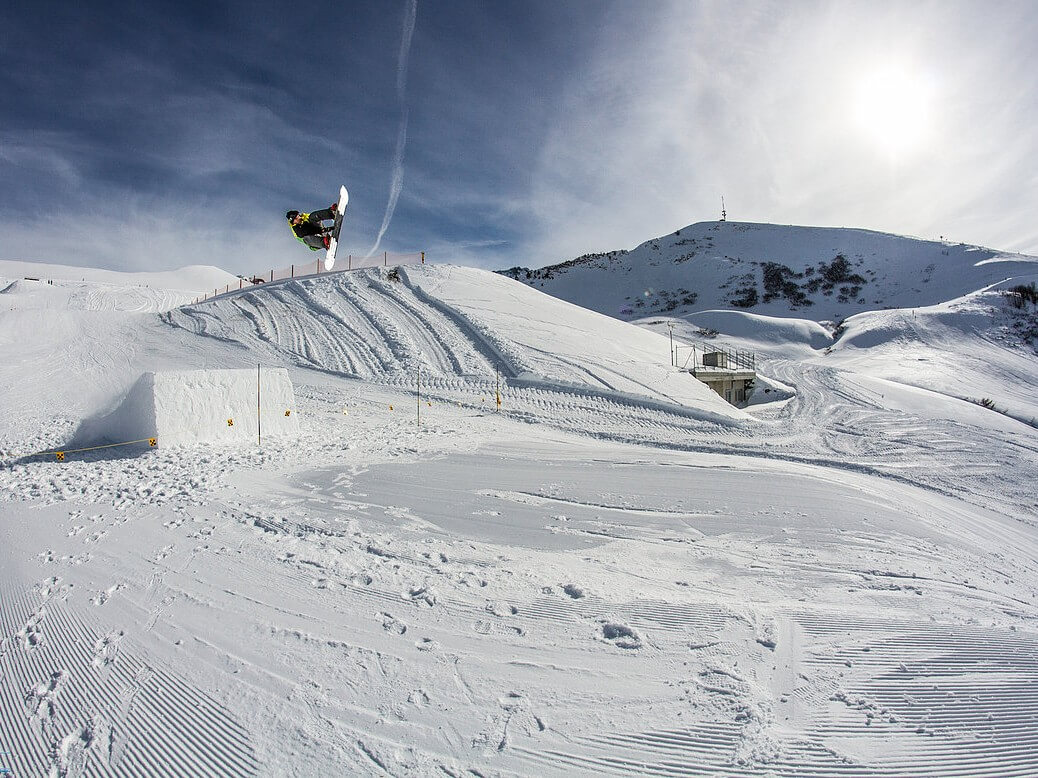 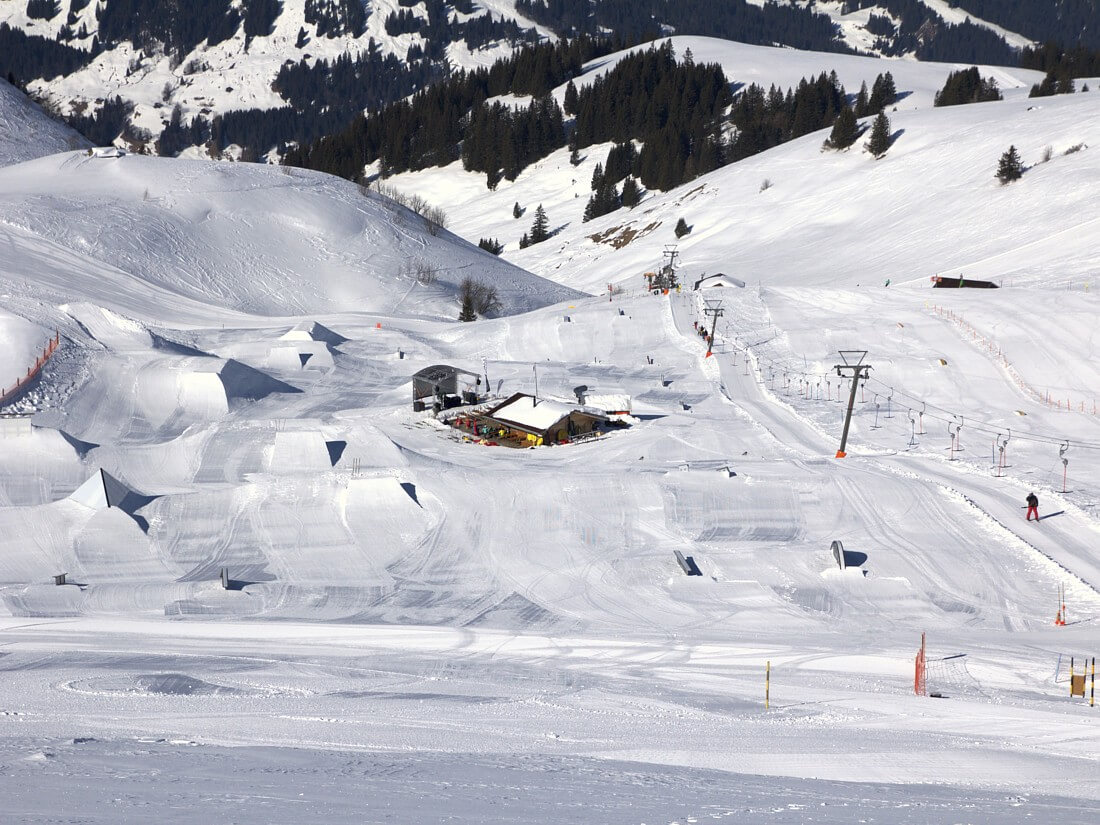 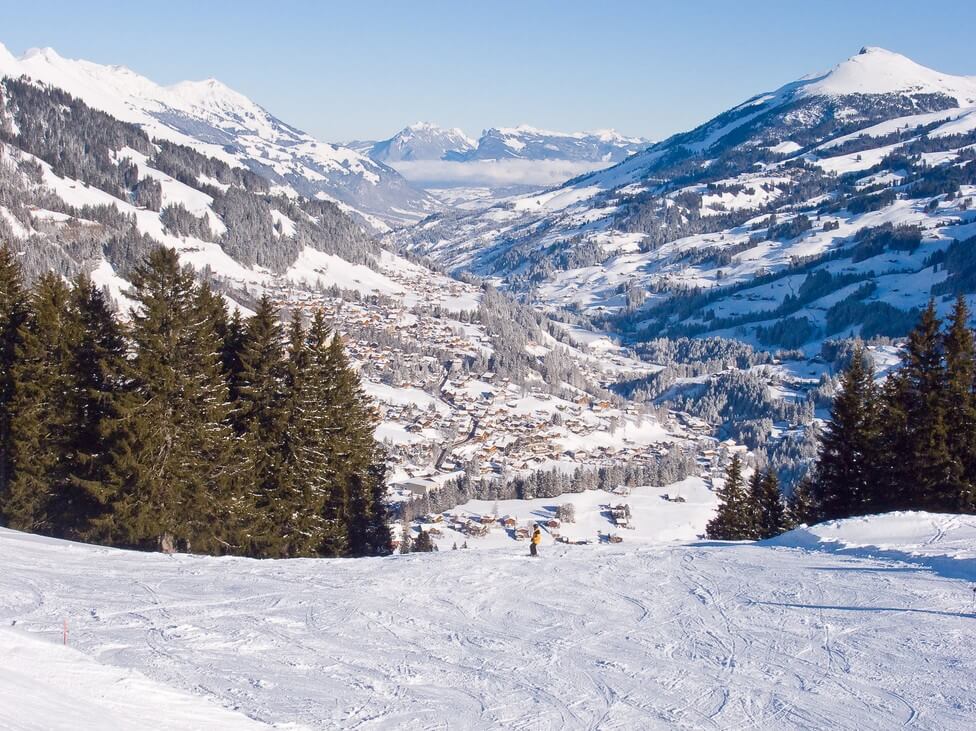 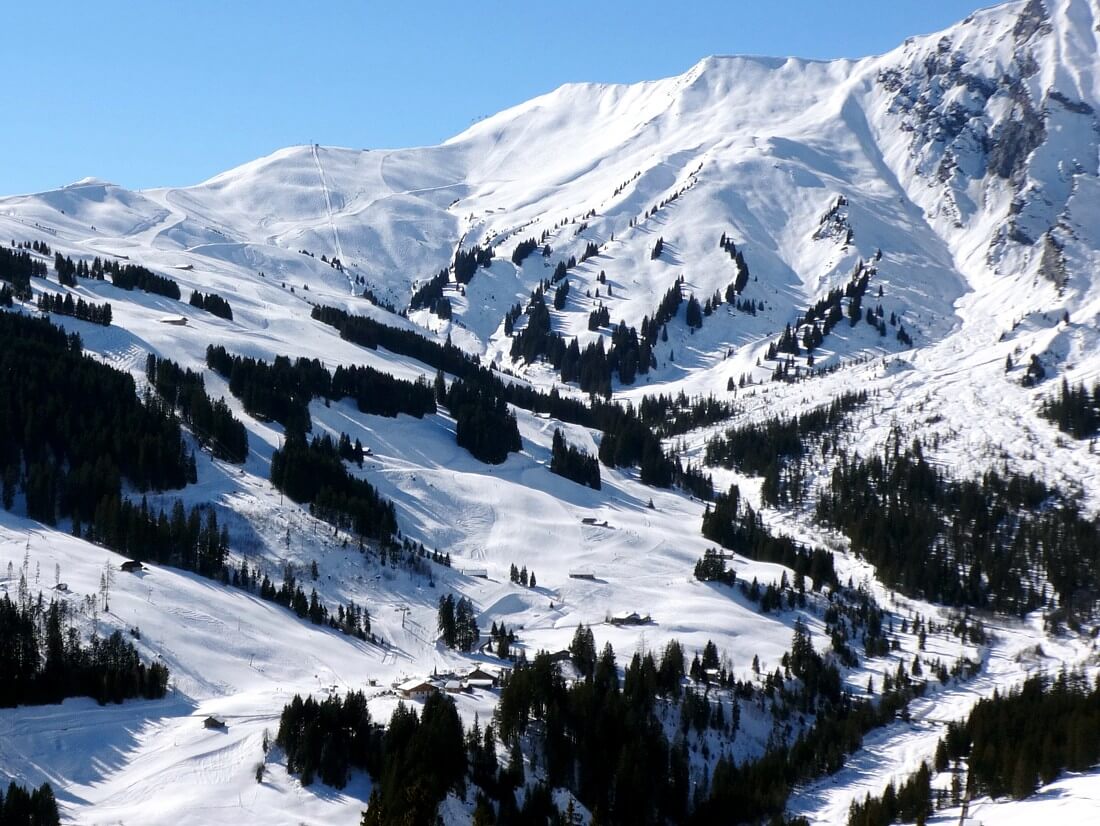 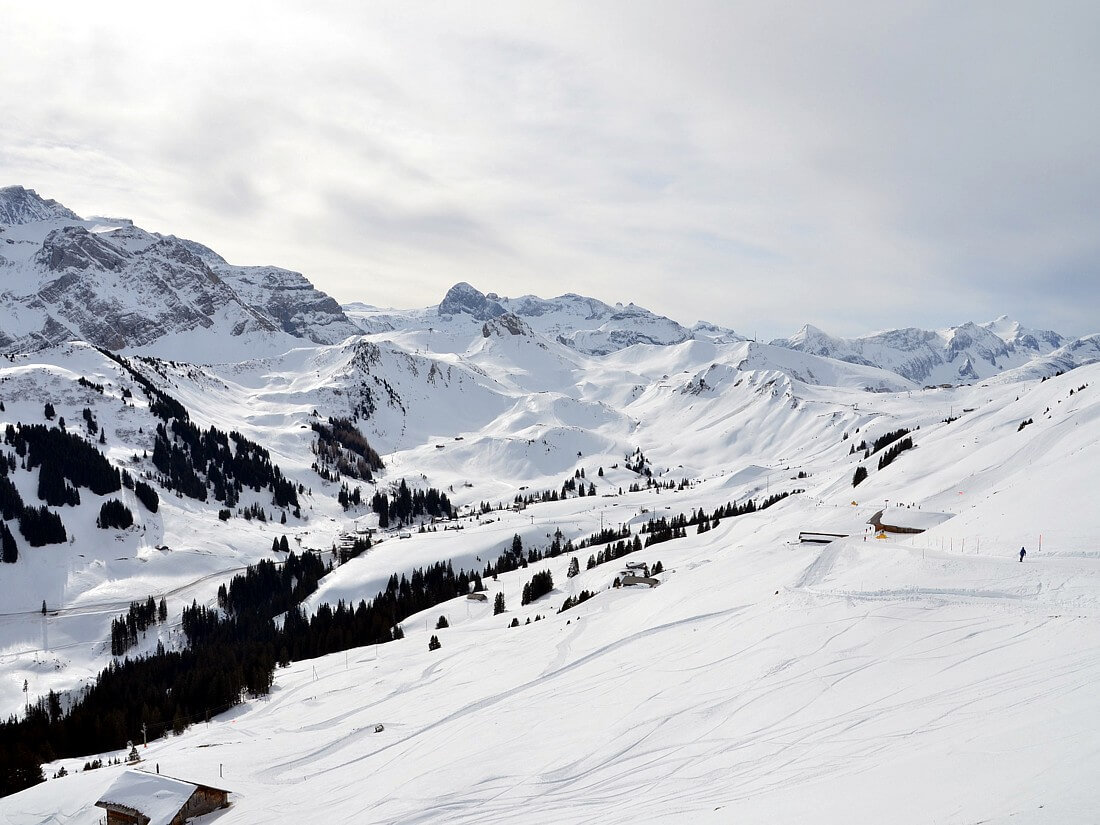 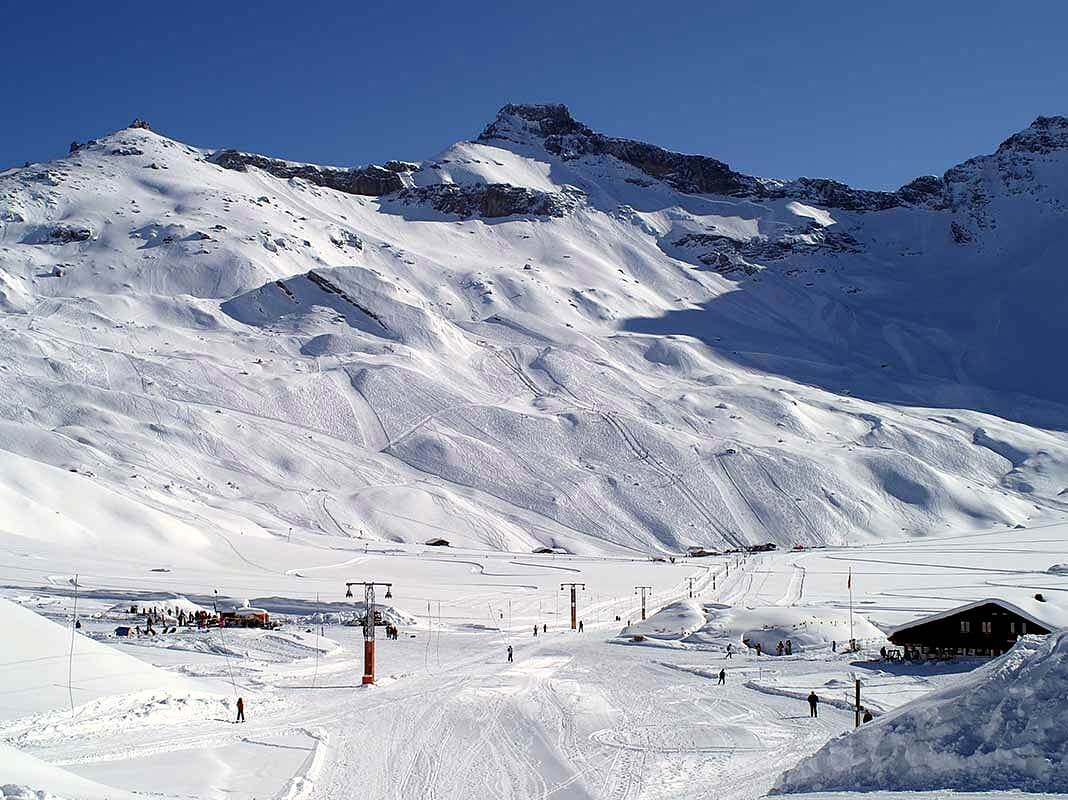 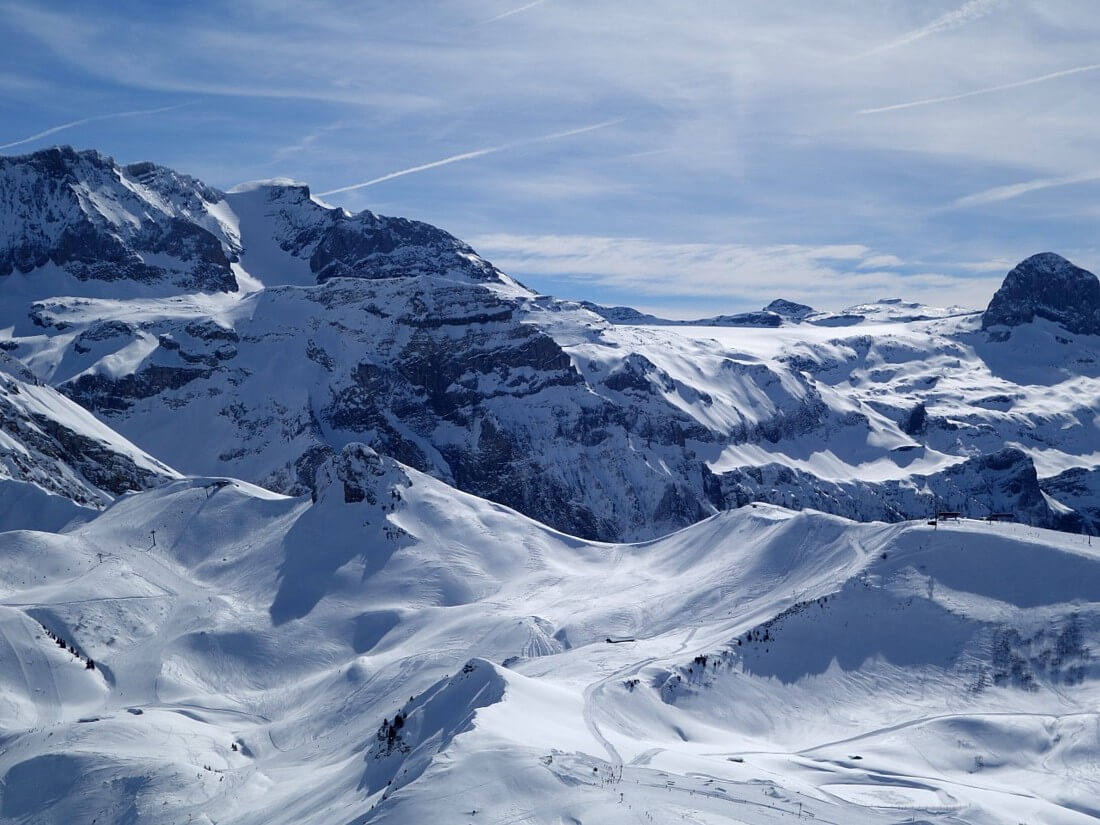 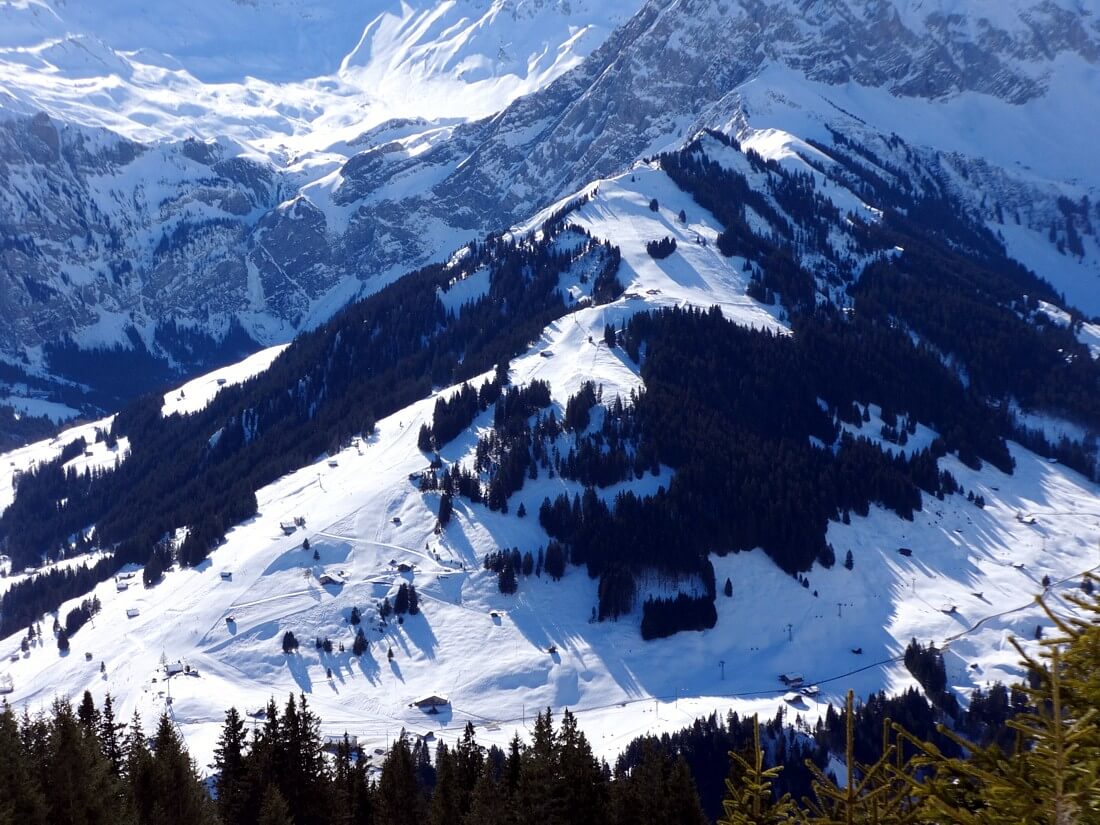