Cerkno Ski Resort is the Slovenian most modern ski resort on Črni Vrh nad Novaki hill near Davča opened in 1984.

At the top of the main lift station there is a beautiful, alpine style self-service restaurant Alpska Perla with a large outside terrace and panoramic views all around. They offer a wide range of meals and the atmosphere is very alpine. On a clear day you can see across to Triglav Mountain, the highest peak in Slovenia (2.864m).

The first part of the Snow Park is intended for beginners, who can also hire a teacher. Experienced snowboarders will find the second part interesting. Try the six-metre ‘straight box’ and ‘soft bow box’ or the seven-metre ‘kink box’ and ‘double tube’. So you don’t grow tired too soon, there’s two more jumps, a ninety jump, a half-pipe, and a quarter pipe.

Cerkno is a small town in the Littoral region of Slovenia. It has around 2,000 inhabitants.

The city of Cerkno is only 10 km away from the slopes and it is connected to the ski centre by ski bus. 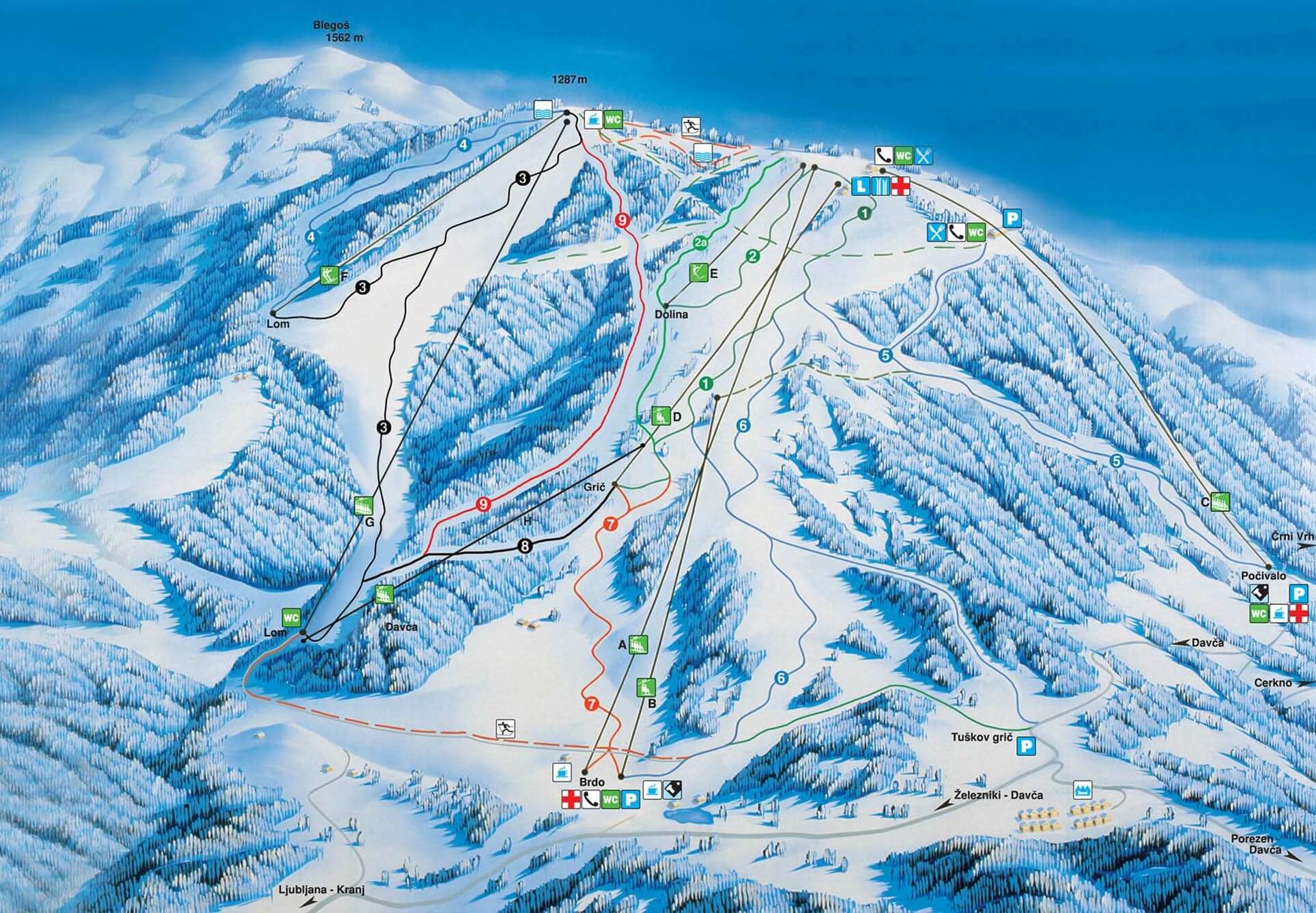