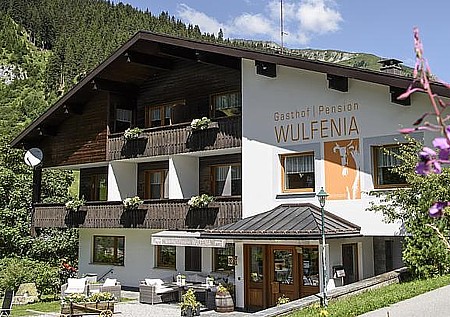 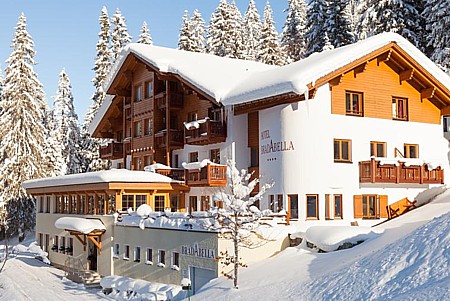 The mountain village of Gargellen lies on the border of the Silvretta Alps. It forms part of the Montafon ski region and is one of the most snow-sure parts of the Austria.

Catch a glimpse of paradise in the snow and ski wonderland of Gargellen. Imposing mountains in all their glory, broad and varied pistes, easily accessible powder snow slopes and “skiing right up to your door” - that’s the portrait the ski area of Gargellen presents to its winter guests.

Snow is guaranteed – thanks to Gargellen’s high altitude and the most modern snow-making equipment, skiing is guaranteed in the area from December until the end of April.

Gargellen is the highest winter sports region in the Montafon valley, with the ski slopes extending to an altitude of 2,300. It offers 33 km of ideal family skiing – with 21km of blue slopes, 10 km of red and 2 km of black runs, as well as 6 km of freeride pistes. The mountain ranges offer easy and difficult slopes in a breathtaking alpine setting and perfectly fit for skiers, cross-country skiers as well as snowboarders. On top of this, the ‘Hochjoch Tale’ is the largest downhill ski run in the whole of Vorarlberg and the ‘Nike Snowpark Montafon’ is one of Europe’s best and largest snow parks. Snow is guaranteed – thanks to Gargellen’s high altitude and the most modern snow-making equipment, skiing is guaranteed in the area from December until the end of April.

Gargellen is also known for its ski touring routes, which lead through untouched snow fields. The local ski school organises the cross-country Madrisa round trip for experienced deep snow lovers: from Gargellen to Klosters in Switzerland and back.

With the "Montafon Brandnertal" ski pass, 62 ski routes and 297 km of pistes offer you a wide range of pistes for every skiing level (see ski region). 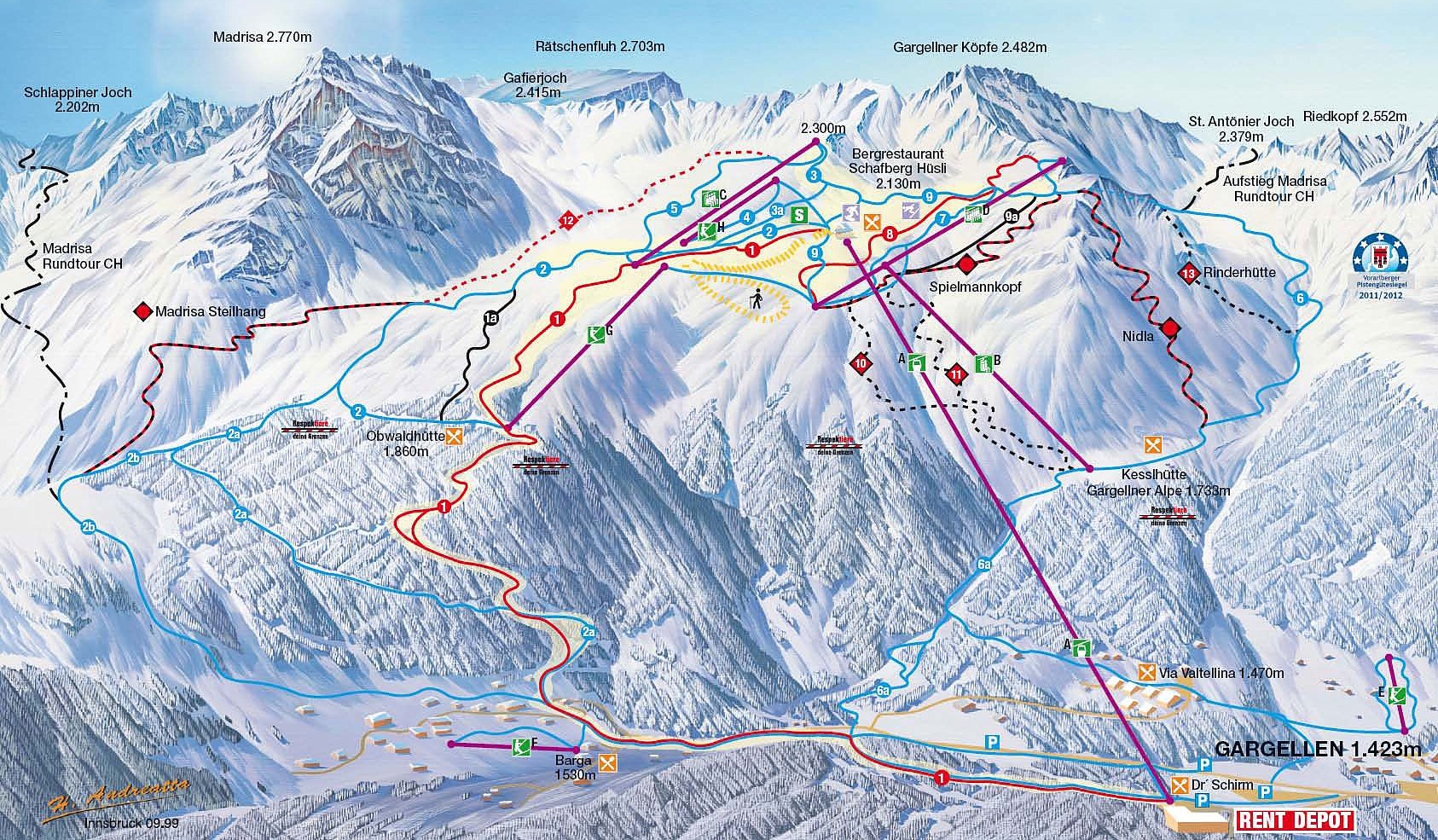