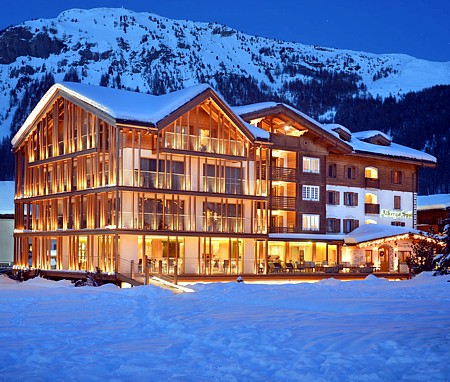 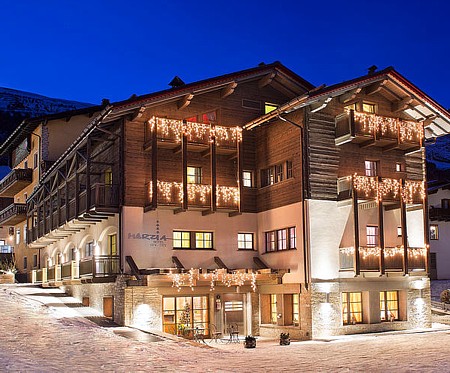 Livigno ski resort is located in a duty-free enclave high in Italy's Lombardy region, close to the border with Switzerland.

Generally promoted as an ideal destination for beginners, Livigno is also a good choice for intermediate skiers and snowboarders, particularly for those on a budget and those who enjoy lively apres ski. There are two separate ski areas at Livigno, one on either side of the valley: the bigger of the two is Carosello (Vetta Blesaccia &Costaccia mountains), whose gentle base-area slopes spread out along almost the entire western edge of the resort; the other is the Mottolino area (Monte della Neve&Monte Sponda mountains) to the east, a tedious walk or ski-bus journey away from the slopes of the former area.

The Carosello sector are linked at altitude along the ridge that separates Livigno from the neighbouring Federia Valley; mirroring the linear nature of the village the layout of the link also follows a narrow arrangement, with a long blue piste that cruises counter to the line of the fast chairlift that provides the key uplift connection. The majority of the pistes are mid-range reds, with a couple of short black runs providing a slightly more testing workout for progressing intermediates; the pick of the runs are the long descents from the Carosello sector down to the base area at San Rocco.

On the opposite side of the valley, the Mottolino ski area again covers a ridge which mirrors the linear layout of the resort below, but with the added dimension of slopes down to the linked hamlet of Trepalle in the next valley. From the highest point, on Monte Della Neve, there's a continuous route that runs north all the way to the opposite end of the ridge and then down to the base area at Teola, a long and scenic excursion manageable by competent novices. The toughest slopes are the cluster of fair black runs off Monte Della Neve that take the fall line down the side of the valley towards Teola; all other slopes are enjoyable mid-range reds.

Ski runs are longer and more difficult than Carosello slopes. The highest point you can get is 2500 metres. The majority of slopes are also sunlit although lower parts are covered with forest.

For over 15 years, Mottolino has been recognized as the best snow park in Italy and among the firsts in Europe. Thanks to the presence of different areas and over 60 structures arranged over a length of 800 meters, you will be able to experience tricks alongside the world’s best pro snowboarders and freestylers. There is also a new structure with a maxi landing bag dedicated to the training of the strongest athletes.

As for the lines and structures, in addition to the XL area, reserved for professional athletes, will find a large, medium and small line with jumps and rails within everyone's reach, maintained daily by a team of 5 shaper and 2 snow cats.

Whereas there are plenty of open powder slopes and freeride possibilities within and surrounding both ski areas, off-piste riding is only permitted in certain areas on the Mottolino and Carosello only when accompanied by a local guide.

Livigno has several freeride entry check points off the beaten track with avalanche transceivers located at the entrance of Val Federia and Vallaccia, at the top of Costaccia, Corosello 3000 and Monte della Neve and at the start of the Colombina al Mottolino. Overall, there are 2 Freeride Approaching areas, one at Mottolino Fun Mountain and one at Carosello 3000.

Livigno is renowned for having a lively apres-ski scene, although it's really the later nightlife that's liveliest, the actual close-of-lifts apres ski is mostly confined to a handful of animated bars by the base terminals of the main lifts; the liveliest of these are the Tea Del Vidal on the Mottolino side and the Stalet on the Carosello side, the Ice [umbrella] Bar on the central base-area slopes is also popular for its Austrian-style apres-ski party atmosphere.

Après ski parties tend to end quite early (about 10 PM) so if you still need some more dancing there are many clubs in Livigno entertaining fun-seekers late in the night.

Livigno village is actually one main street from which fork off many transverse streets. The biggest advantage of Livigno is the closeness of ski slopes - there are many ski-in/ski-out hotels.

Shopping is yet another popular activity in Livigno, thanks to its large duty-free area that stretches for approximately 10 km. Shops of all types, including perfumeries, duty-free, hi-tech, jewelers shops, boutiques and of course tax-free sport equipment stores. Interestingly, it was Napoleon who set Livigno a duty-free town in 1805!

Livigno is known for its numerous restaurants, bars and other entertainment, here has more than 40 restaurants and 140 bars! 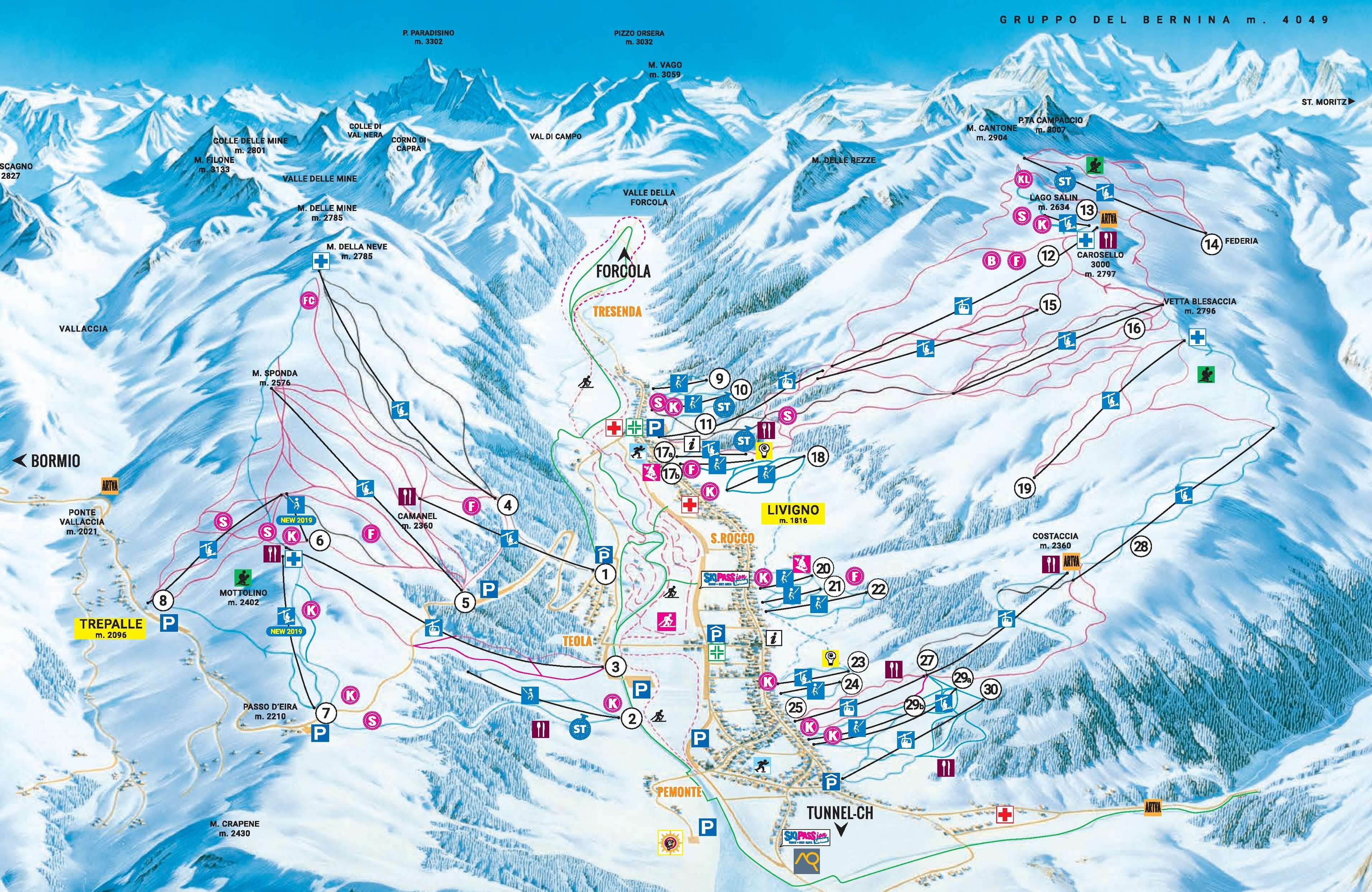