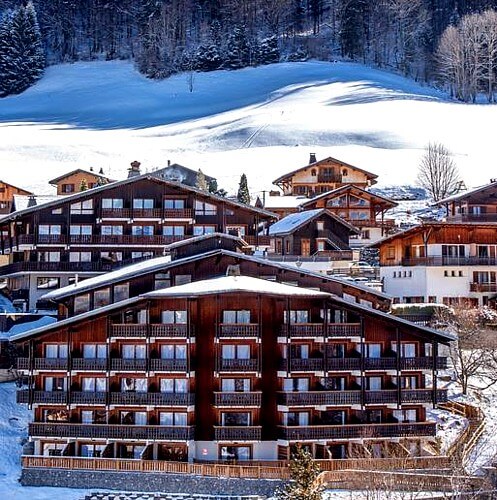 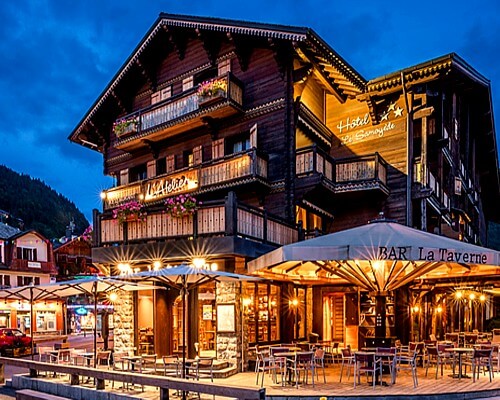 Morzine ski resort, located in Haute-Savoie region, is one of the closest major French resorts to the gateway city of Geneva.

It is also in the middle of one of the most extensive ski regions in the Alps, Les Portes du Soleil. (French for “Doors to the Sun”). This is a ski circus that connects 15 resorts in France and Switzerland.

Morzine sits right at the heart of the ski area and provides easy access to both sides of it. The area immediately surrounding Morzine is predominantly filled with tree-lined blue and red runs which are perfect for intermediates and beginners.

Taking the Pleney lift out of the western side of the town will whisk you up into the Morzine and Les Gets slopes. Many of the local ski schools meet at the top of the Pleney lift and the ski area here offers an abundance of pistes to suit all abilities. A pleasant traverse across the hill provides access to the Les Gets slopes which encompasses the Chevannes area and the larger Ranfolly bowl.

Taking the Super Morzine telecabine out of the eastern side of the town provides access to the Avoriaz, Chatel and Swiss ski areas. Avoriaz sits at an altitude of 1800 metres and is therefore a very snow sure resort. The ski area here is vast and has a fantastic offering for beginners with many nursery slopes around the village. As you head higher on the lifts out of the village there is a wide range of more advanced slopes and snowparks as well as some easily accessible off piste areas. You can easily ski across from Avoriaz into Linderets then across into Chatel or head down off the back of Avoriaz into the Swiss side.

Morzine’s own small snowpark in the Nyon sector may seem a little less than adequate for such a major resort, but there are bigger terrain parks a little further off, including one on Mont Chery on the other side of Les Gets and on the other side, world class facilities at Avoriaz – one of France’s top snowboarding destinations.

Morzine is a laid back and pleasant resort and the night-life shows this, with very early night beverages and also treats of the typical fayre. Afterwards there are loads of bars to select from, with Dixie Bar, the Coyotte Bar and also Le Crépuscule normally all dynamic.

In the future, much of the activity is to be had in pubs and also discothèques at the Le Pleney end of the resort. Popular nightclubs consist of Opéra Rock and also Le Paradis.

Morzine, with its attractive wood and slate buildings and pretty streets, has a lovely, friendly and laid-back atmosphere. The town itself is huge sprawling with several quaint villages, welcoming and perfectly warm for those who want to partake in the lively Alps scene-those inclined can party till dawn. Getting around the village on foot is very easy and the main town centre is relatively flat. There is also a very efficient free bus system that accesses all of the main lift stations and covers most areas of the village. In the town centre there is also the petit train which loops the main town centre which is perfect for getting between the Pleney and Super Morzine lifts.

As well as the amazing skiing, Morzine is a lively town and has everything you could need including an abundance of shops, bars and restaurants, cinema, large swimming complex...
The wide range of restaurants offer everything from Michelin starred gastronomy to cheap and cheerful burger places. Many of the restaurants are owned and operated by local families offering traditional Savoyard fare as well as wider menus. 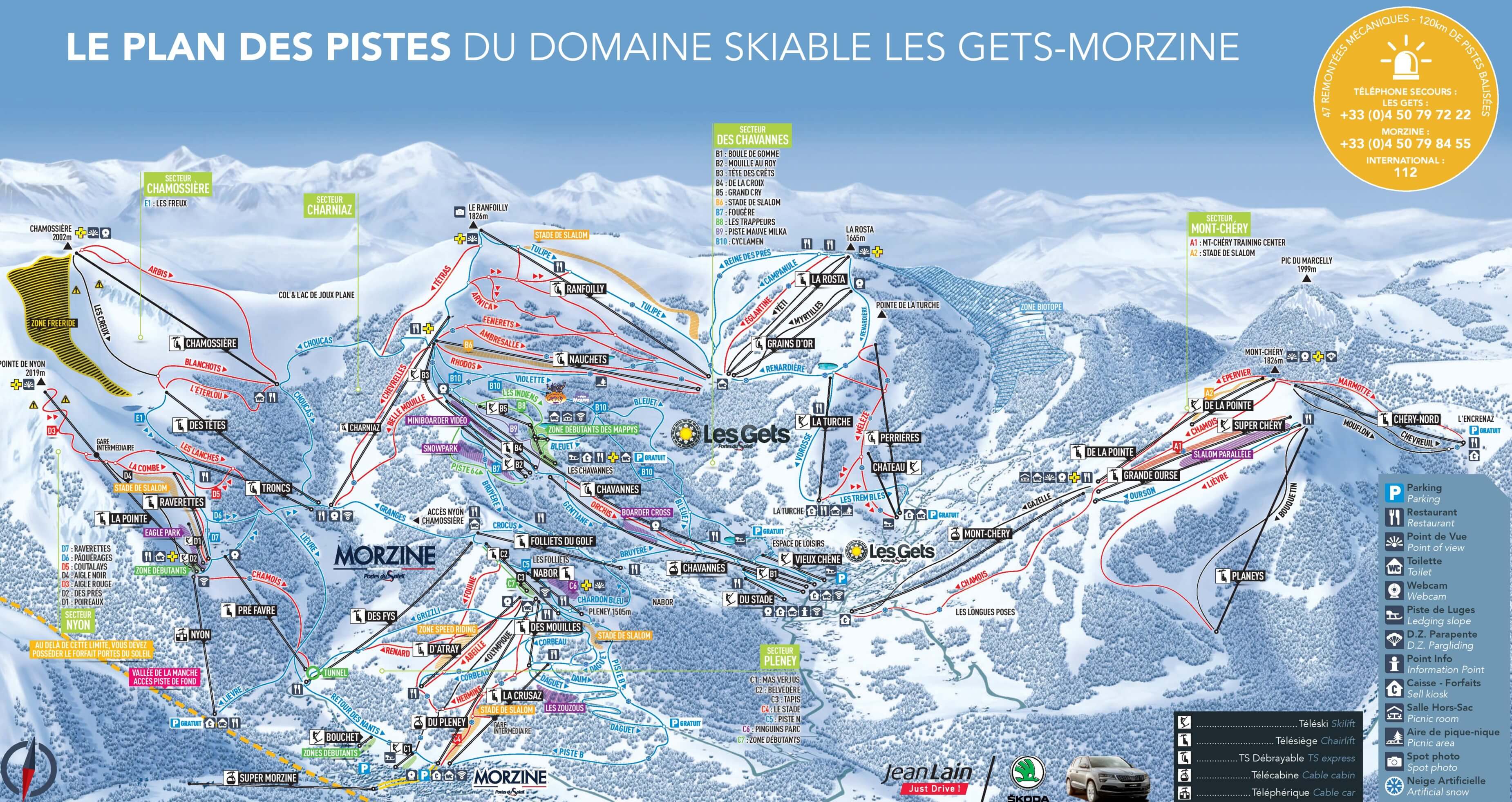 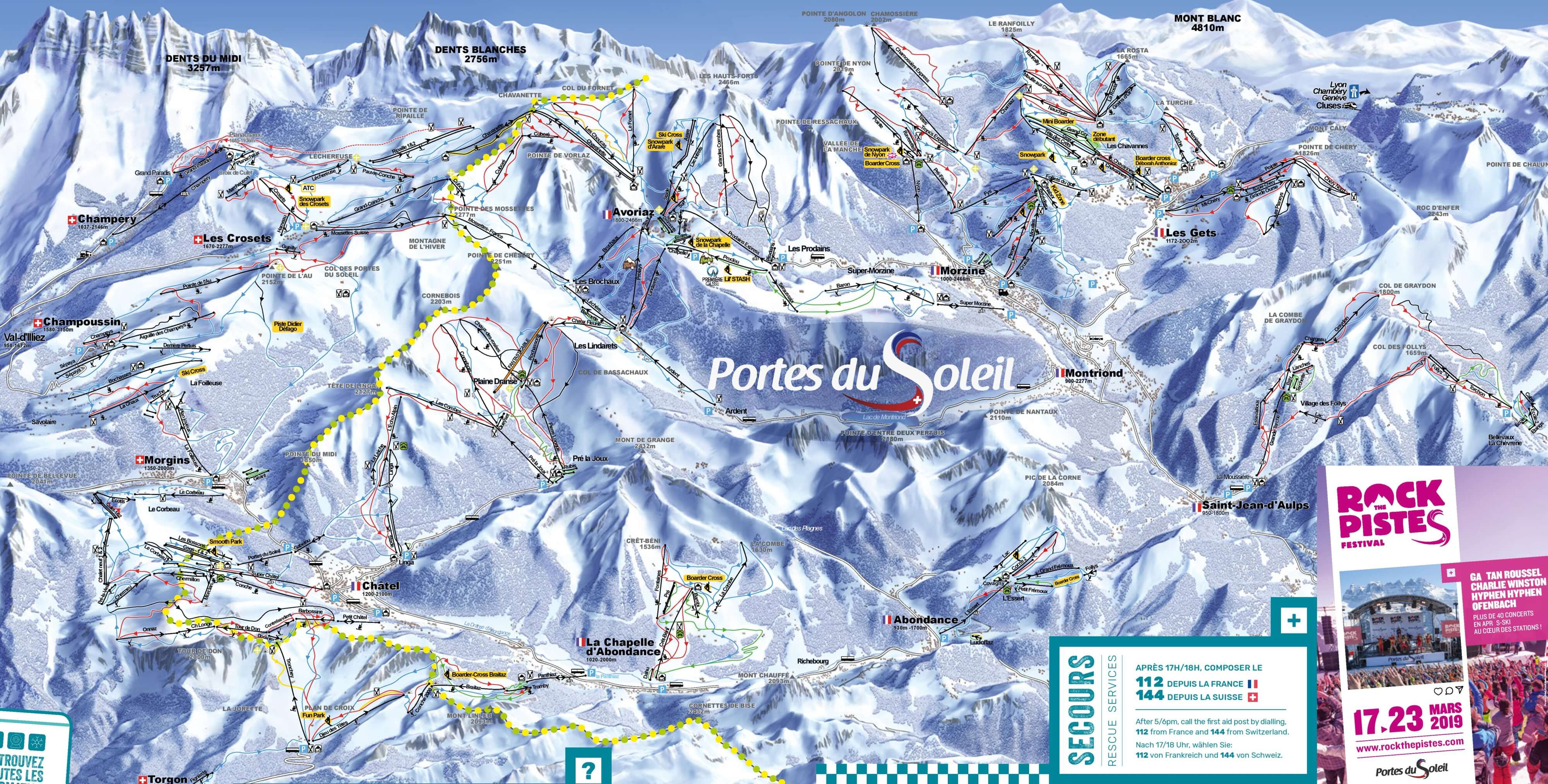