Saint-Lary 1700, is also known as the Pla d'Adet. This is the historical part of Saint-Lary, where ski lifts depart from the village, in front of most of the medium altitude accommodations. This area has recently been refurbished and redesigned with beginners, families and children particularly in mind. It includes ski schools, the Piou Piou club (a snow garden), with tobogganing and snow games. A fun piste is open for kids at the Kidpark, which is served by rolling carpet lifts, as are the ski school slopes, for the grandest comfort for the children. The green Piste de l'Echarpe is an easy, meandering run down to the “Cabane” sector, along the snow front. This piste is bordered by a walkway that parents and carers can use to monitor beginners' development. The same feature has been built at the school slope. The ski lifts from Pla d'Adet take skiers up to 2300 m altitude, to the Soum de Matte either to enjoy long ski runs on the blue piste back to the starting point, or to take the more technical pistes (red and black), or indeed to go higher, up to Saint Lary 1900 and Saint Lary 2400. St Lary 1900 "Espiaube" is an intermediate area that begins at 1,650 m above sea level at the car park in Espiaube. This is a transitional sector, with blue and red pistes running through it from the upper parts of the resort, and also a sports zone with some excellent red and black runs in the forest on a north facing slope. Saint Lary 1900 has some very long runs of more than 3 km, such as Mirabelle and Terranère, which are among the most popular in the whole resort. Mirabelle is served by two chairlifts and a cable car and has a mountain restaurant which is also accessible to non-skiers. Moving upwards and crossing the ridge, Saint-Lary 2400, or the "Vallon du Portet" is a true jewel of the skiing world. At an altitude above 2000m, it offers a wide range of pistes, an extraordinary 360° view of the Pyrenees and lots of sunshine. Here we are at the border of the National Park and near Lake Oules. There are mountain restaurants accessible to non-skiers, snow sports zones such as the "De Le Rue's Line" and the Snowpark with a cross-country ski track 3 km long. 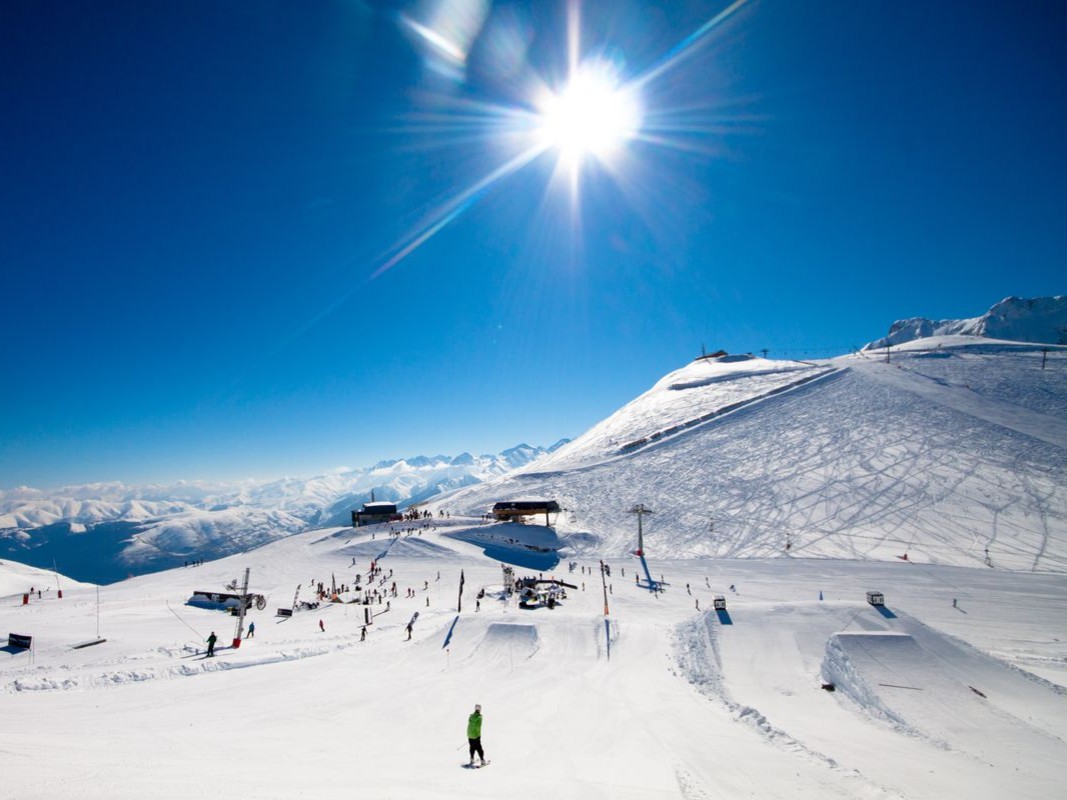 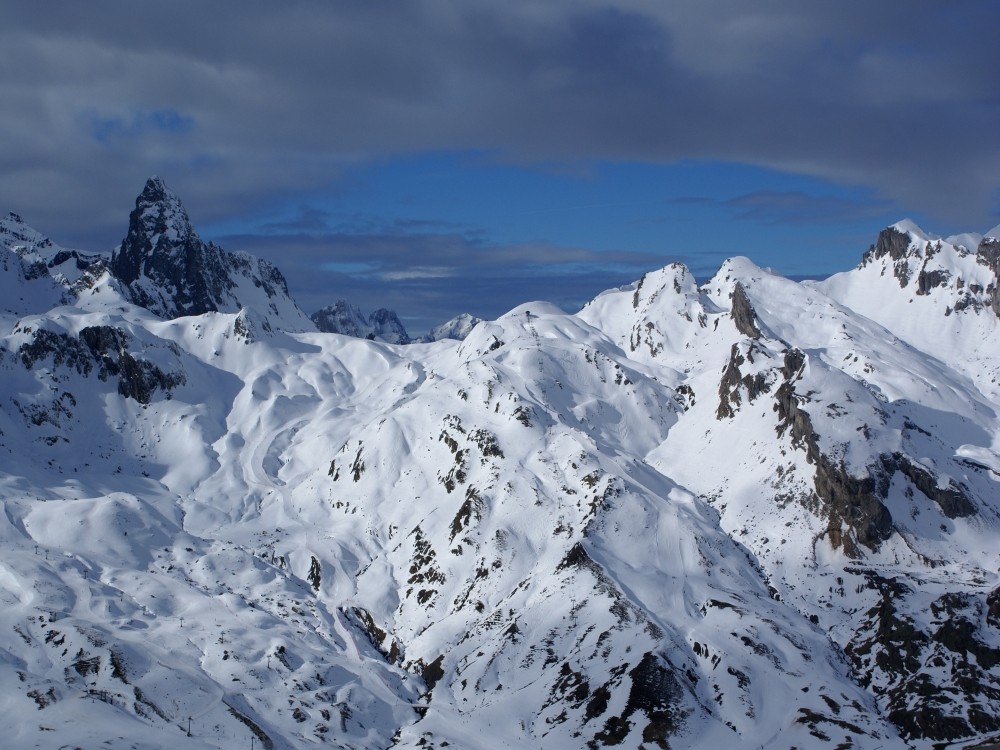 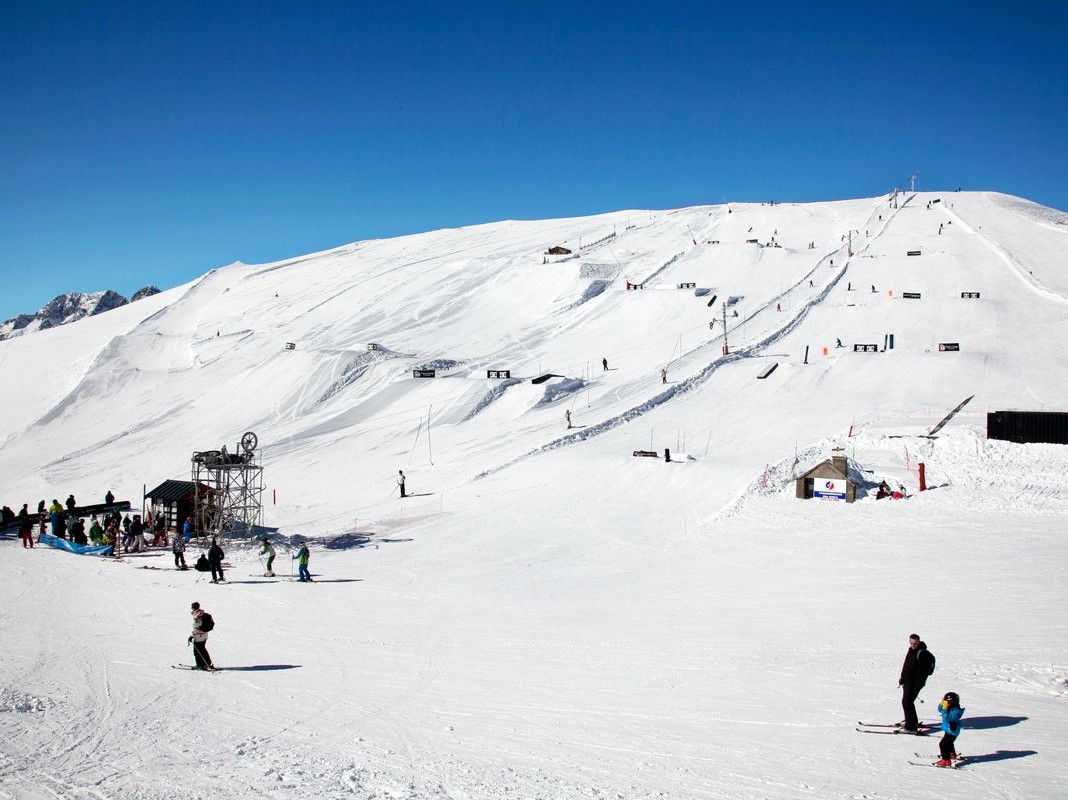 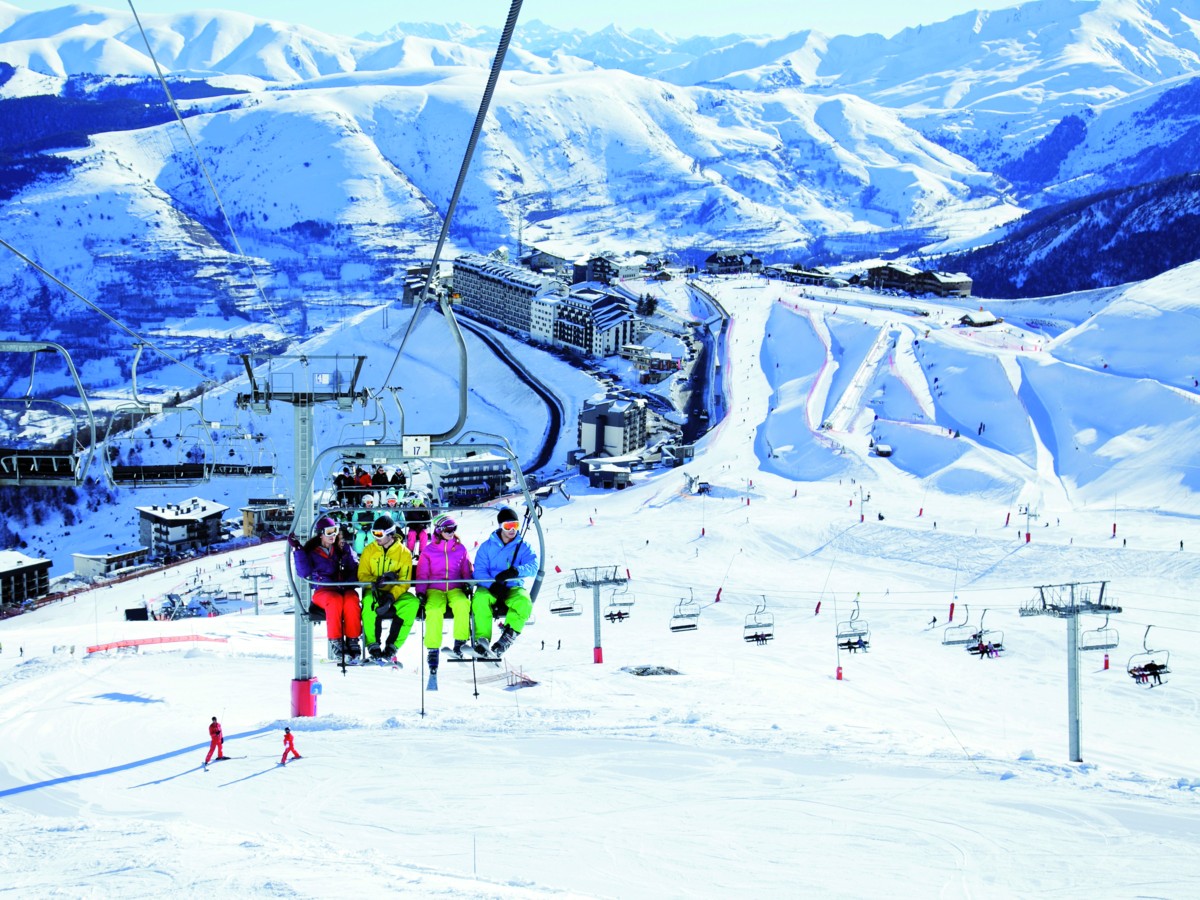 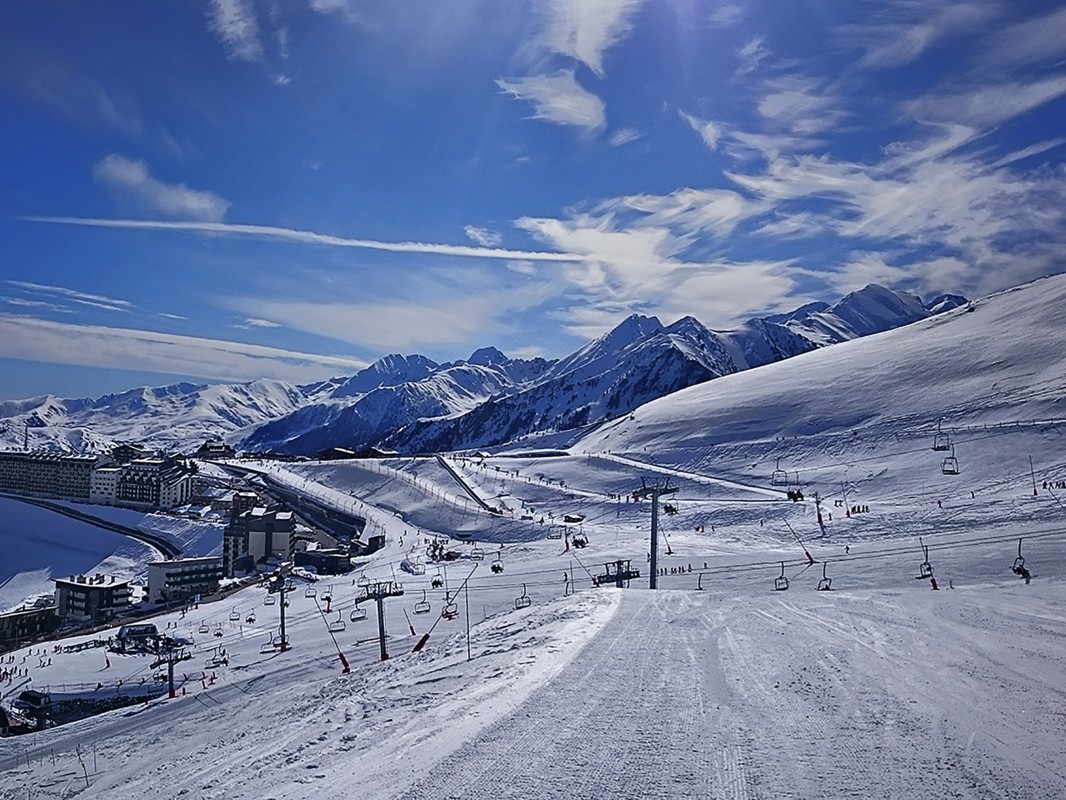